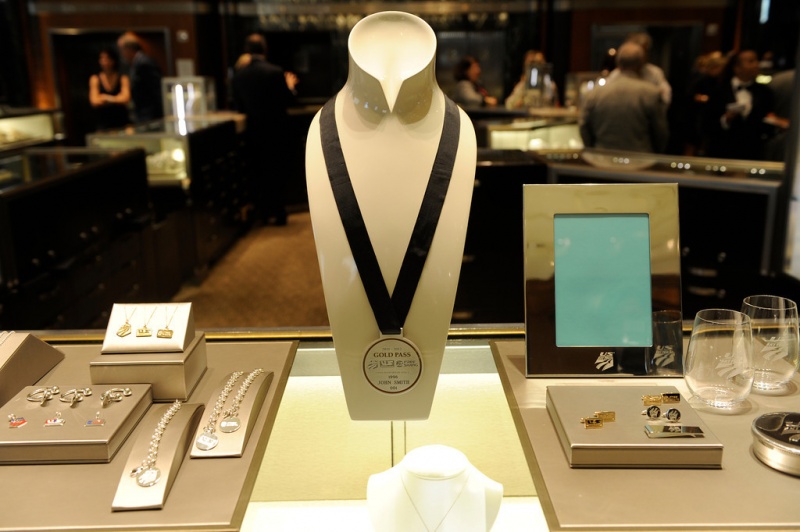 New York – Precisely fifty years ago there was the film “Breakfast at Tiffany’s.” Now there’s “skiing with Tiffany’s,” as a new a new Tiffany & Co.-produced USSA Gold Pass offers donors skiing or snowboarding at resorts across the USA.

The prestigious new ski pass, only 400 of which are issued annually, was unveiled past week at the Fifth Avenue, New York City location of luxury jeweler Tiffany & Co. It’s the U.S. Ski and Snowboard Team Foundation’s largest annual fundraising program and requires a minimum annual contribution of $10,000. The fully transferable pass provides unlimited skiing and snowboarding at resorts, as well as invitations to special events. These funds are crucial to athlete development, and assist in offsetting the cost of elite-level training, education, travel and sport science support.

A new multi-level partnership between the U.S. Ski and Snowboard Association (USSA) and Tiffany & Co. will yield a diverse lineup of projects, beginning with producing the USSA’s 2011-12 Gold Pass.

“The USSA and Tiffany & Co. stand for similar expectations in excellence,” said USSA’s Chief Revenue and Marketing Officer, Andrew Judelson. “You know the quality you’re going to get when you open a Tiffany Blue Box and you can look for that same level of expectation from our athletes. Taking the physical product and collaborating with the best in the business to produce the Gold Pass boosts the overall prestige of the program.”

“I love the look of the new Gold Pass,” said Jacobellis. “You can feel and see the quality that Tiffany & Co. has put into the production. We’re so happy to have the support from donors that the Gold Pass program provides and now it’s a bonus that it comes in a little Blue Box!”

All USSA Gold Passes will be presented in the signature Tiffany & Co. blue box, a timeless icon of superior craftsmanship and dedication to perfection. Tiffany & Co. has served as the world’s premier jeweler and America’s house of design since 1837.

“It is with great excitement that Tiffany & Co. partners with such an outstanding organization as USSA,” said Thomas O’Rourke, Vice President of Business Sales for Tiffany & Co. “USSA fields the best and most dedicated representatives in their respective sports to create Olympic teams that are founded on strong personal values, and we are honored to help support their vision by instilling Tiffany’s own values of craftsmanship and quality in the creation of the USSA 2011-12 Gold Pass.”

In addition to producing the USSA Gold Pass, Tiffany & Co. will continue its partnership through other fundraising initiatives with the USSA.

“Our athletes and organization rely on the dedicated support of donors, especially those who contribute at the Gold Pass level and above,” said USSA’s Vice President, Foundation Trace Worthington. “We are grateful for their generosity and hope to provide an equally rewarding experience in return. We know that a Tiffany produced Gold Pass is a great start.”

For more information on donating to the U.S. Ski and Snowboard Team Foundation, including specifics of the Gold Pass,  visit www.ussa.org/foundation.