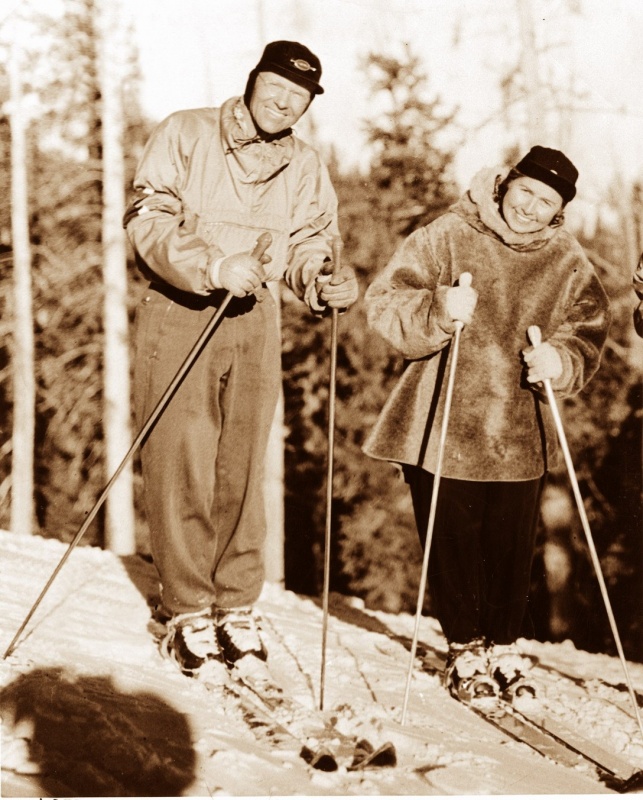 Arapahoe Basin, CO – Arapahoe Basin opened for skiing in December of 1946.  This Saturday, A-Basin pays tribute to the history of the ski area with a 65th anniversary party and Christmas celebration at the Colorado ski mountain.

Sixty-five years ago the founders of Arapahoe Basin cut down a few trees, created a lift with an army surplus generator and charged $1.25 for a lift ticket.  As one of Arapahoe Basin’s founding fathers, Larry Jump wrote, “Arapahoe Basin was the outcome of several fortuitous events: the United States Forest Service studies on Winter Sports Planning in 1941; the Ski Survey fostered by the Denver Chamber of Commerce in 1945; and the fortunate acquisition of private land within the Basin by Max Dercum in the early forties that short-circuited the usual procedures of public advertising for bids for the development of the area.”

A review of the ski area’s timeline reveals a speedy approval and development that would be unheard of in today’s environment. In 1945 the Winter Sports Committee from Denver’s Chamber of Commerce hired Jump, a Dartmouth grad and 10th Mountain Division veteran, and 1940 Olympic skier Frederick “Sandy” Schauffler to make a statewide survey of potential ski area sites. At the time, only Berthoud Pass, now home to an abandoned ski area, qualified as a winter sports area.

After surveying, Jump and Schauffler’s site recommendation was the west side of Loveland Pass. They were joined by Dick Durrance in forming Arapahoe Basin, Inc on May 14, 1946. Four weeks later, they submitted an application for a special use permit to the U.S. Forest Service and after only 11 days, the plan was approved.

Jump met Max Dercum, a local resident who owned several mining patents on the Arapahoe Basin Ski Area site and who was a forestry professor from Pennsylvania. Dercum was hired immediately by the fledgling company due to his forestry background. Arapahoe’s directors had an initial plan for the ski area, stocks were sold for $1.00 but not enough shares were sold to develop the group’s initial plan. As a result, Arapahoe Basin opened for its inaugural 1946-47 season with just a rope tow, which was located from midway to the top of the mountain. Skiers were transported to the base of the tow in an Army weapons carrier pulled by a four-wheel drive vehicle.

A-Basin’s 65th Anniversary will be celebrated this Saturday when Santa and his elf will arrive in the base area from 11 a.m. to 1 p.m., with music provided by the Summit County Chorale Society. Free birthday cake and hot drinks will be served at 1 p.m.