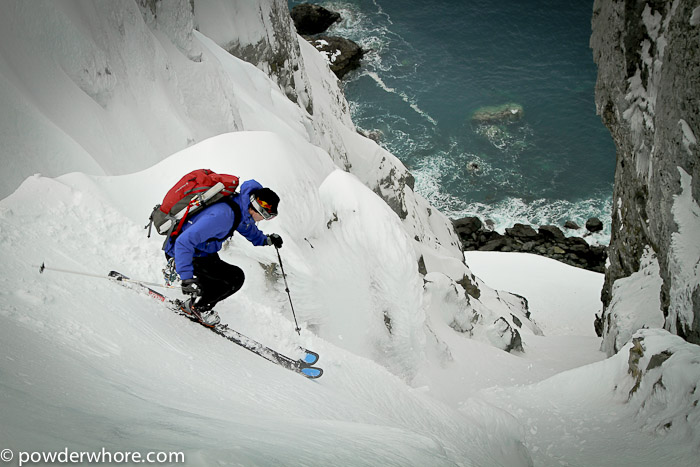 Ishpeming, MI – The U.S. Ski and Snowboard Hall of Fame in Ishpeming on Thursday announced 10 athletes and sport builders as inductees elected to the Hall of Fame who will make up the Class of 2014, its largest since 1984. Among the inductees are Olympic champion snowboarder Ross Powers, World Alpine Championship medalist Erik Schlopy, noted big mountain skier Chris Davenport, ski instruction pioneer Curt Chase, and goggle innovator Bob Smith.

Their induction will take place in Steamboat Springs, Colo., on April 11, 2015 at the conclusion of Skiing History Week. There will also be a special enshrinement ceremony weekend for Honored Members at the home of the Hall of Fame in Ishpeming, the birthplace of modern skiing in the early 20th century and the site of the founding of the National Ski Association of America (now the U.S. Ski and Snowboard Association) in 1905, on September 18-20, 2015.

Curt Chase of Colorado was an innovator and motivating force in the field of ski instruction for over 40 years. He served as a survival training Instructor of the U.S. Army’s 10th Mountain Division and later held the same position for the Strategic Air Command. He contributed to what is now known as the American Ski Technique and was one of the eight founders of the Professional Ski Instructors of America. He passed away in June of this year.

New Hampshire’s Joe Cushing was a pioneer in ski area planning and design. Working with the legendary Sel Hannah he designed over 400 ski areas in North America and the world. Among those areas where his impact can be seen are Loon Mountain and Bretton Woods in New Hampshire, Sugarbush and Stratton in Vermont, Copper Mountain and Keystone in Colorado and Deer Valley in Utah.

Chris Davenport of Colorado is widely regarded as one of the world’s premier big mountain skiers. In 1996 he was recognized as the World Extreme Skiing Champion and four years later was the International Freeskier’s Association‘s World Freeskiing champion. In 2007 he became the first person to ski all 54 of Colorado’s 14,000 foot peaks in one year. He has been featured in 30 ski films.

Kristina Koznick, also of Colorado, was an outstanding slalom racer from the Midwest who began her career under the coaching direction of Eric Sailer (Hall of Fame Class of 2005). With six national titles and six World Cup victories she finished second twice in the season-long FIS World Cup. She was named to three Olympic teams and competed at six World Championships.

Fellow Coloradoan John McMurtry was a US Ski Team coach during the 1980’s, which saw several of its members win World Cup titles, Olympic medals and the only Nation’s Cup Award for the U.S. Alpine Team. In 1987 he became the U.S. team’s development and later alpine director establishing a regional development program that continues to bring thousands of young athletes into the sport including Picabo Street, Bode Miller, Lindsay Vonn and Julia Mancuso.

Kentucky’s Ralph Miller was one of America’s top skiing competitors in the 1950’s where he excelled in four event competitions (downhill, slalom, jumping, cross country). He won or placed in the top three of many of the top competitions held during this time and frequently was able to beat Olympians like Stein Eriksen and Othmar Schneider. In 1955 he set a world speed record of 109 m.p.h. which stood for 15 years.

Ross Powers of Vermont is only the fourth person from the sport of snowboarding to be elected to the Hall of Fame. He won the first U.S Olympic medal in snowboarding, a bronze, at the 1998 Nagano Games and was the Olympic halfpipe champion in 2002, leading an American podium sweep. Two years earlier he had won a World Championship. During his career he held every title in halfpipe snowboarding.

Utah’s Erik Schlopy was a three time Olympian and seven time national champion who had one of the longest and most successful careers in U.S. ski racing history. He was a World Pro super G champion and a bronze medal winner in the giant slalom at the World Championships in 2003. Throughout his career he demonstrated not only his great ability but also his perseverance and tenacity coming back from many serious injuries to compete with the best in this sport.

Idahoan Dr. Robert Smith was a dentist turned goggle inventor who changed skiing, which was his passion, when he founded his eyewear company in the 1960’s Smith Optics was founded literally from his kitchen table where he developed a thermal lens goggle that did not fog up when it was being used on the ski slopes. It was an invention that was enjoyed by hundreds of thousands of skiers initially and continues to have an impact on the experience of skiers and snowboarders today. He passed away in 2012.

Jeannie Thoren of Minnesota is regarded by many as the “Johnny Appleseed” of women’s skiing. She was a pioneer in developing women’s specific ski equipment, which helped women ski better because they were using equipment better suited to their physique. For nearly 20 years, beginning in 1988, she conducted an estimated 70 women’s ski equipment seminars annually around the country in her effort to improve the sport for all women.

The new inductees will bring the total to 404 Honored Members in the U.S. Ski and Snowboard Hall of Fame. Nominees are screened by a Hall of Fame Selection Committee before going on a ballot where around 200 members of the Hall of Fame National Voting Panel elect the newest Honored Members. The nomination process is open to all, with detailed information available at www.skihall.com.