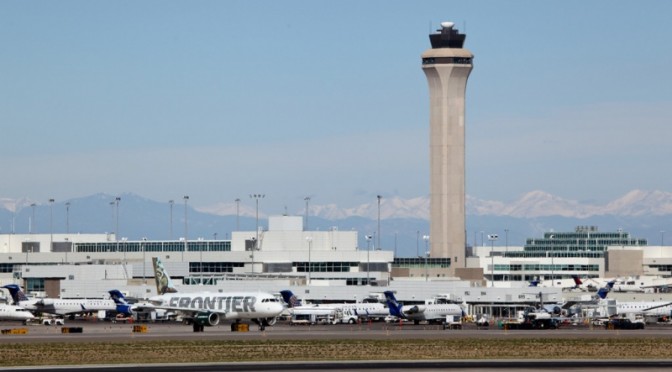 Denver, CO – This winter, new flights and expanded service from major hub airports will make Colorado’s resorts ever more accessible to skiers and snowboarders from all over the world. New service from San Francisco (SFO) and Washington, D.C. (IAD) and expanded options from Los Angeles (LAX) and Houston (IAH) will bring domestic and international guests directly into the heart of Colorado ski country more conveniently than ever before.

Having expanded its international service with United Airlines’ nonstop flight from Tokyo in 2013, Denver International Airport (DIA) recently announced that United will commence daily service from Panama City, Panama in early December 2014. DIA is one of the busiest airports in the world, and benefits from numerous direct flights from all major cities from coast-to-coast in the US, including a brand new service from Dallas Love Field on Southwest Airlines. With the addition of flights to and from Panama City, the airport will now receive visitors directly from eight different countries – Australia, Canada, Germany, Iceland, Japan, Mexico, Panama, and the United Kingdom.

Alternatively, once they arrive at DIA, visitors can connect to any of Colorado’s regional resort community airports, including Alamosa, Aspen, Durango, Eagle, Gunnison-Crested Butte, Grand Junction, Montrose, and Steamboat.

In some cases, additional flight options allow guests to fly right to a resort direct from their originating city. These regional hotbeds include nonstop flights from cities such as Atlanta, Chicago, Dallas, Denver, Houston, Los Angeles, Minneapolis, Newark, Phoenix, Seattle, San Francisco, and Washington, D.C. With eight regional airports in mountain and resort communities, direct flights can put travelers slope side in no time.

Telluride Ski Resort boasts non-stop flights from nine major U.S. hubs and 10 total metropolitan airports to its main airport, Telluride/Montrose (MTJ), and has announced a 20 percent increase in destination flights this winter. New this year, United will begin non-stop service from San Francisco (SFO) and American/US Airways will start Phoenix (PHX) flights to Telluride (MTJ). American Airlines flights from Dallas (DFW) will see a 50% increase, including the addition of the daily 76-seat CRJ 900 with first class cabin. United’s Newark (EWR) flights will now run on Sundays in addition to the historic Saturday service.

Daily and multiple daily flights are also available to Telluride/Montrose on United from Denver (DEN), Chicago (ORD), Houston (IAH), and weekly from Los Angeles (LAX). Delta flies daily over the holidays and then weekly from Atlanta (ATL). One of the few resorts offering a low-cost carrier, Allegiant will continue to fly direct to Telluride/Montrose from LAX and Phoenix-Mesa (IWA/AZA). Several shuttle options are available from the airport.

American Airlines utilizes CRJ-700 aircraft operated by American Eagle to provide 63 seats with nonstop service from Dallas/Fort Worth and Los Angeles each with daily nonstop service to Aspen. In addition, from December 18 – March 29 Delta will provide service into Aspen/Pitkin County Airport from Atlanta and Minneapolis/St. Paul.

Gunnison/Crested Butte Regional Airport services direct flights from Denver, Dallas and Houston, and Chicago/O’Hare. Through American and United Airlines’ flight networks, guests can get to Crested Butte from anywhere in the world. Upon landing, shuttles are available to transport guests to resorts in the area such as Crested Butte or Monarch Mountain. Guests can also utilize rental car services from Hertz, Avis, or Budget.

New for the 2014/15 ski and snowboard season will be Saturday nonstop service to HDN from San Francisco (SFO) and Washington-Dulles (IAD). In addition, Los Angeles (LAX) and Seattle (SEA) flights will both add an additional day of service during the winter. A new Houston (IAH) overnight flight, arriving Saturday and departing Sunday, rounds out the new offerings for the program.  The resort’s upcoming flight program provides access from 11 major airports on key U.S. carriers – Alaska, American, Delta and United Airlines. In addition to the cities mentioned above, Steamboat’s winter flight program includes service from Atlanta, Chicago O’Hare, Dallas/Fort Worth, Denver, Minneapolis/St. Paul, and New York/Newark.

On the Western Slope of Colorado, passengers arriving into Grand Junction Regional Airport will find themselves at Powderhorn’s lifts in under an hour. Sunlight Resort, nestled in nearby Glenwood Springs, is accessible via Aspen/Pitkin airport as well as Eagle Airport, and Grand Junction Airport. The Sunlight Shuttle runs to and from Glenwood Springs, as does the Roaring Fork Transit Authority.

With nonstop flights from 10 metropolitan airports and nine major U.S. hubs, visitors can find flights into the Telluride-Montrose Regional Airport (MTJ) on Delta from Atlanta, on United from Denver, Newark, Houston, Chicago and Los Angeles, on American from Dallas, on US Airways from Phoenix-Sky Harbor (PHX), and on Allegiant from Los Angeles and Phoenix-Mesa (IWA).

Perched on Tennessee Pass just outside of historic Leadville, Ski Cooper is a hidden gem that is easy to find. Eagle Country Airport is just over an hour drive from Ski Cooper.