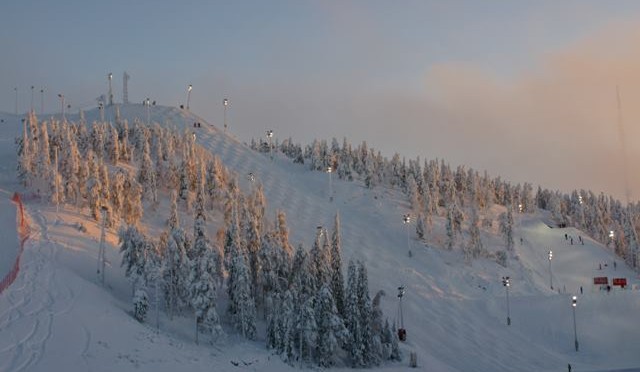 Ruka, Finland – Olympic champion Hannah Kearney and the rest of the U.S. Freestyle moguls team kick off the 2015 season on Saturday with the dual moguls World Cup opener in Ruka, Finland. The team has been in Finland since the beginning of the month for training, with only about three hours of daylight shining on the moguls field.

“Training in Ruka has been great,” said head coach Garth Hager. “We arrived just as some new snow was falling, which always makes for a better course. It helps the moguls become larger, which allows the skiers to ski more direct. Basically, it makes the course faster and more exciting.”

“The statistics highlight some of the proudest moments of my career goals,” said Kearney. “They represent goals I’ve achieved and adversities I’ve overcome.”

But don’t expect Kearney to dwell on those results. She’s focusing on specific technical and tactical goals to help her ski her best. Kearney won the moguls competition in Ruka last year and she’ll be looking for her 43rd World Cup victory on Saturday.

Olympic veterans Bryon Wilson and Patrick Deneen round out the list of strong starters for the U.S. It’s a post-Olympic year, which means athletes at all levels are looking to find a spot on the podium.