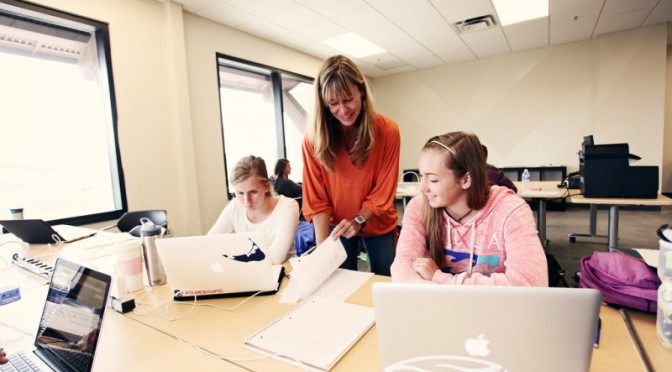 Park City, UT – The Vermont teenager stood atop 150 tons of steel, 130 feet above the stadium floor last month in Istanbul, Turkey, contemplating her third and final jump. She had just crashed on her frontside 720 so this was it. A continent away in Beijing, China’s Bird’s Nest stadium, two of her classmates had the same spooky feeling as they looked down from a scaffold on thousands of spectators and an imposing kicker that would soon launch them 60 more feet into the air.

“I was super nervous,” said Walker. “I tried to calm myself down. I knew the situation. If I landed my trick, I had a good chance of winning. There was so much going through my head.”

In Beijing, McKinnon and Bohonnon walked into a Chinese hornet’s nest – the home of their sport’s dominant team. They walked out with a fourth of the podiums – matching the total for the U.S aerials team the past two seasons combined.

The three athletes are each students or graduates of the USSA TEAM Academy, a unique educational program for national team ski and snowboarding athletes that blends live teaching and virtual learning together with an elite athletic program. The Academy started in 2012 at the USSA’s Center of Excellence in Park City, Utah as  a response to a growing number of high-school aged athletes competing at the highest level of their sport.

It seems to be working. Five student athletes, including Walker and Bohonnon, went to Sochi. And on massive scaffolds at Istanbul and Beijing, the trio made yet another mark.

“It was unbelievable that all three of us were on the podium,” said Bohonnon. “Ty’s win was huge and it was Kiley’s first podium. In the past, my mom was the facilitator of my school. It was tough to be self-disciplined. The academy really took a lot of the weight off, helping me achieve a balance. It made it so much easier to be on the road and not worry about a math test hanging over my head.”

Bohonnon got his start in the USSA’s Elite Aerials Development Program (EADP), begun in 2008 to jump-start aerials development in response to growing athletic threat from countries like China. A Connecticut native, Bohonnon joined the program at age 14. He later helped recruit his friend, McKinnon.

“EADP and the TEAM Academy played important roles for me,” said McKinnon. “The Academy gave me the opportunity to focus on my school work as well as my training which is extremely important for us athletes. Getting my first two podiums was an amazing feeling especially at such an incredible event. And it was awesome to see Ty Walker, a former classmate of mine, podium the same weekend.”

“One of the coolest things is having the Academy in the Center of Excellence,” said Walker. “When you go to school, you also have the full gym. It’s a great way to get your school work and your workouts done. Athletes can take advantage of the Center for everything it has to offer. Now I go to school with a lot of alpine skiers and aerialists. It’s cool to meet them and hear about their sports – how they move forward, what they aim for. It’s different from my sport of slopestyle.”

Back atop the jump at Istanbul, Walker just tried to calm her mind. She thought about how great a trip it had already been – a 17-year-old exploring one of the world’s most fascinating cities. She didn’t think about how nervous she was riding up the elevator. Win or lose, this had been a great life experience.

But win she did. Quite a weekend for a trio of young athletes traveling the world to showcase their sports.