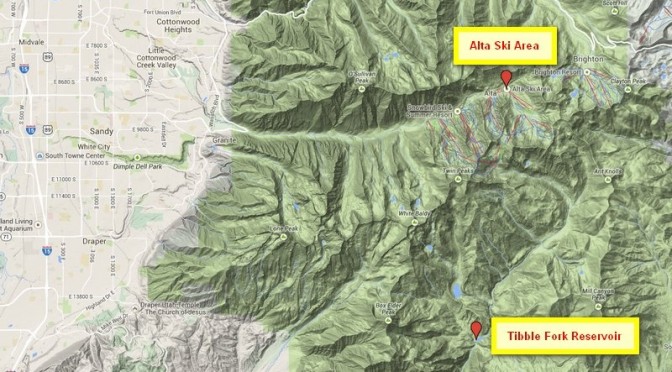 The Wasatch County Sheriff’s office reports that the unidentified skier first called 911 via cell phone and reached dispatchers with the Unified Police Department of Greater Salt Lake. At about 5:45 a.m. he called his sister, and from that call police dispatchers were able to obtain approximate GPS coordinates in the area of Tibble Fork Reservoir, which is located six miles south-southwest of Alta within American Fork Canyon in Wasatch County.

Wasatch and Utah County search and rescue teams, as well as ski patrollers from both Alta and Brighton ski resorts, launched a search at daybreak this morning. The victim reached the base camp for searchers at Tibble Fork at 10:15 a.m. today under his own power, possibly suffering from mild hypothermia.