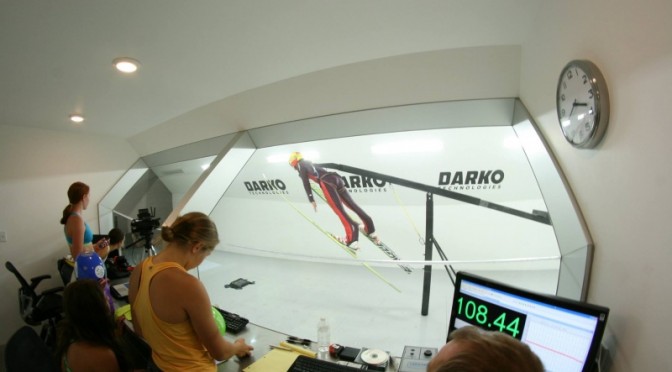 Park City, UT – Following a decision by Women’s Ski Jumping USA (WSJ-USA) to focus more on its Fly Girls development program, the U.S. Ski and Snowboard Association (USSA) will take on an expanded role in managing women’s elite ski jumping starting this fall, both organizations announced on Monday. Program elements for the elite team will remain in place for the season under the USSA. The two organizations will work jointly to raise funds specific to women’s ski jumping moving forward.

“Women’s Ski Jumping USA has done a remarkable job in raising awareness for the sport and in providing a stable platform for the women leading up to their Olympic debut in Sochi,” said USSA Executive Vice President, Luke Bodensteiner. “We greatly respect the organization’s new focus in looking to the future with an emphasis on development through Fly Girls. Together we feel that the right next step for the elite program is to more actively wrap it in the existing systems of the U.S. Ski Team while working jointly to raise money to support the program.”

According to Bodensteiner, the USSA is committed this season to maintaining the elite coaching program put in place by WSJ-USA including domestic coach Alan Alborn, based at the Utah Olympic Park, and international coach Vasja Bajc, working out of Slovenia, as well as development coach Lindsey Van, 2009 World Champion, at the Utah Olympic Park. Beyond this season, the USSA will work with WSJ-USA and the ski jumping community to raise the funds necessary to best support the program.

“The best direction for Women’s Ski Jumping U.S.A. is one that best serves the athletes,” said WSJ-USA Interim President Peter Jerome. “I am pleased that the USSA will be taking responsibility for the national women’s ski jumping program, including the employment and contracting of our two national team coaches. Women’s Ski Jumping USA will focus our organizational efforts on cultivating and supporting development programs and athletes, with an emphasis on the successful Fly Girls development program. This expanded partnership is a clear win for both organizations and will increase operational efficiency, while simultaneously addressing the specific needs of a wider range of athletes and athletic abilities.”

WSJ-USA’s Fly Girls program recently concluded its second summer development program and will continue to operate and be funded directly by WSJ-USA.

Presently, the U.S. Ski Team is providing direct athlete support to skiers who have achieved national team criteria, including Nita Englund (Florence, Wisc.) and Sarah Hendrickson (Park City, Utah). It is anticipated that additional athletes will be competing on the World Cup tour and will be able to continue to take advantage of the elite level coaching provided through the program.

In September, Englund had a strong run on the FIS Ski Jumping Summer Grand Prix, including a second in Almaty, Kazakhstan and a third in the World Cup-level series final standings. U.S. star and 2013 World Champion Hendrickson is out for the season following knee surgery last month. In August, Lake Placid’s Nina Lussi won the large hill event of the U.S. Ski Jumping Championships in Park City.

Top athletes will be in Lake Placid, N.Y. Oct. 10-11 for the Flaming Leaves Festival, including the normal hill event of the U.S. Ski Jumping Championships.