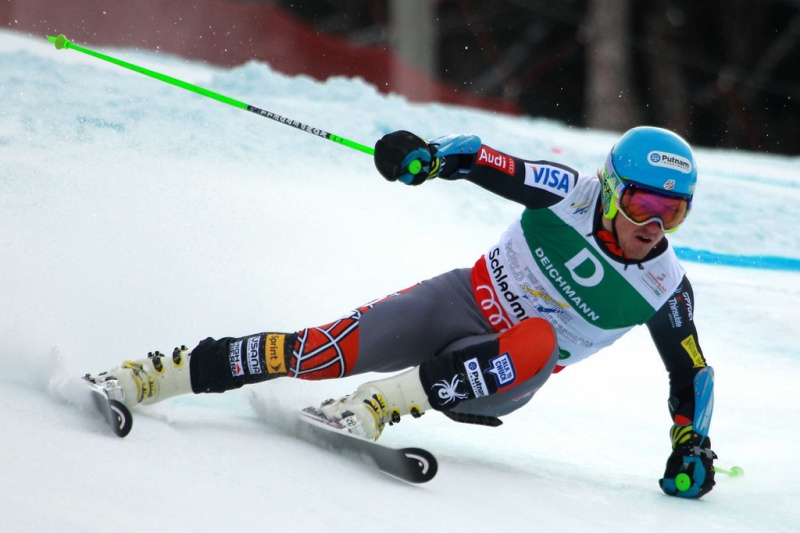 Soelden, Austria – On Saturday, all eyes will turn to the majestic Rettenbach Glacier in Soelden for the 2015-16 Audi FIS Ski World Cup opener. In the ski racing community, this could very well be considered Mecca.

The Audi FIS Ski World Cup opener at Soelden is, in many ways, a testing ground. Until the big show on Saturday and Sunday, it’s a mystery who has podium potential this year. Just ask 2015 World Championships gold medalist Ted Ligety.

“I think my set up is good. I made a lot of adjustments this year and I feel like I’ve made a good step forward, so we’ll see,” the Park City, Utah resident told media Tuesday on the Rettenbach Glacier. “It’s the same thing with your skiing—you don’t really know until you test it in a World Cup, so it’s still a little bit of a mystery.”

Last year, Ligety bobbled at the bottom before the last flat, and finished a disappointing 10th. In 2013, he won by an incredible 2.75-second margin.

Though Ligety says that it’s possible that fans will enjoy a duel between he and Austrian powerhouse Marcel Hirscher, he is quick to note others who are likely threats, like the Attacking Viking duo composed of Norwegians Aksel Lund-Svindal and Kjetil Jansrud, Frenchman Alexis Pinturault, and even the young Norwegian Henrik Kristoffersen. Don’t be fooled, though. With an insatiable appetite for the win, Ligety is gunning for the overall GS title once again. He’s been skiing fast in training and he’s hungry.

Colorado’s Mikaela Shiffrin is coming into Soelden strong, but will be a target of the top women who saw her win her one and only giant slalom a year ago on the glacier, tied with Austria’s Anna Fenninger. Shiffrin, who has been training in Pitztal, Austria, has won three straight Audi FIS Ski World Cup slalom titles, but wants to move into more GS and speed this season. Her opening day victory last year caught many by surprise.

“Oh, my gosh, I’m so excited, I really can’t wait to race,” Shiffrin said in an interview with the Denver Post’s John Meyer. “Soelden went well for me last year, but I almost felt like a lot of those girls just made really big mistakes at the worst time on the course and I just happened to be the girl that made the least amount of mistakes.”

Veteran Julia Mancuso, of Squaw Valley, Calif., announced that she’s sitting out Soelden this year to continue resting a nagging hip injury. Lindsey Vonn, who suffered an ankle fracture training on snow this summer in New Zealand, is headed for Soelden but has not decided on whether she will start on Saturday.