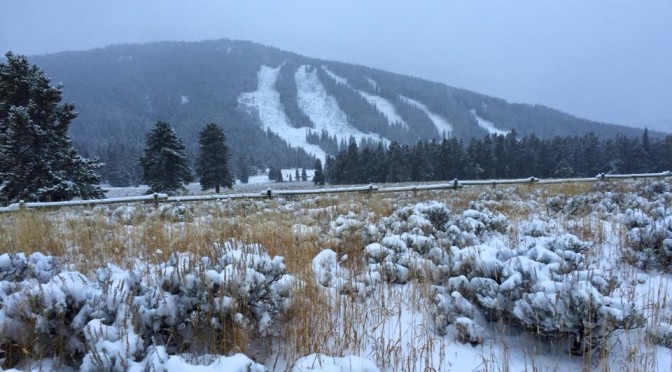 Shell, WY – The Antelope Butte Foundation (ABF) has received two significant donation commitments for its project to resurrect he shuttered facilities at the former Antelope Butte Ski Area in the Bighorn Mountains, near Shell, Wyo.  Jan Allen of Cosner Construction confirmed a $213,000 commitment for general contractor services, and Dan Black of Zowada Plumbing & Heating has made a commitment to repair all plumbing systems, a donation valued at $91,000.  Both companies are based in nearby Sheridan and also made significant cash donations toward the purchase of the Antelope Butte facilities.

“I’ve been skiing at Antelope Butte all my life, starting as a little kid, and it was heartbreaking when it shut down (in 2004),” said Jan Allen.  “I’ve been getting together with a lot of the local tradesmen, and come springtime we’ll be ready to tear into it and get the place fixed up.”

Allen is working with the ABF project development committee to develop a plan for the remodel and basic preventative maintenance that has been neglected in the decade since the ski area closed.  ABF currently has a special use permit from the U.S. Forest Service allowing it to perform in-depth assessments of the facility and to complete maintenance tasks that ensure health and safety.

“We’re really excited to get underway with this project, we need our mountain back,” added Dan Black.  The Antelope Butte Foundation in under contract to purchase the facilities at Antelope Butte, including the lodge, lifts, and outbuildings.  The foundation has already made the down payment and has two additional payments of $110,000 each due before it can begin the renovation work.

Andrew Gast of Ranchester, Wyo. is the Executive Director & “Ski-EO” of ABF.  “We are very humbled by the generosity of Jan and Dan, and these commitments take us one step closer to opening the Antelope Butte Mountain Recreation Area,”said Gast.  “We are one-third of the way to finalizing the purchase of the ski area, and the months ahead are important to receive cash donations so that we can close on the contract and move ahead with restoration during the next building season.”

The Antelope Butte Foundation launched its first capital campaign, “Open Antelope Butte”, this summer to raise $4 million to purchase and restore the ski area, as well as create an endowment.  So far the campaign has raised more than $555,000 in cash and pledges.  “A grand opening one year from now is still possible,” said Gast.  “This has truly been a grassroots effort and we look forward to strong community support over the next few months.”