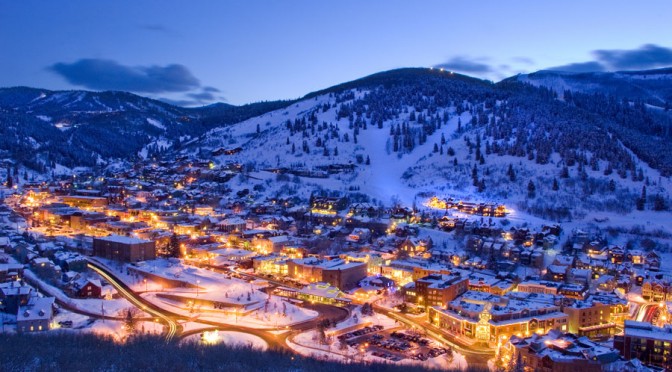 Denver, CO – After nearly three years of strong, consistent monthly year-over-year increases in bookings and revenue at ski resorts in six western U.S. states, early booking patterns for the 2015-16 winter are neither strong nor consistent so far this season.

According to the Mountain Market Briefing released this week by Denver-based DestiMetrics, economic volatility in both international and domestic markets is leading to decreases in consumer confidence and is having a related impact on bookings for the 2015-16 winter season. As of Nov. 30, aggregated on-the-books occupancy among participating destinations in Colorado, Utah, California, Nevada, Oregon and Wyoming for November through April is up a scant 0.7 percent with related revenues up three percent compared to the same time last year—a marked softening from the double-digit increases seen in recent years.

November results are currently showing the greatest strength with actual occupancy up 10.7 percent and revenues up 15.4 percent in comparison to November 2014. However, November results represent only a modest portion of the overall winter lodging figures. November momentum carried into December with aggregated on-the-books occupancy for December up 4.4 percent and revenues up 8.3 percent but the data is showing some declines for the days immediately surrounding the Christmas Day weekend.

Caution about the coming winter was based on the slowdown in bookings for January, currently down 1.1 percent, and February which is down 2.2 percent compared to last year. Both months are showing declines for the third consecutive month.

“With one of the strongest Novembers we’ve ever reported and the reality of El Niño starting to deliver at most of our participating western destinations, anticipated bookings into December and the peak months of January and February should be showing strength,” explains Ralf Garrison, director of DestiMetrics. “Instead, the data is showing softness and several anomalies and patterns that are inconsistent with recent history, leaving some of our resorts scratching their heads.”

Economic indicators provide some clues about the more sedate booking pace. The Briefing highlighted the sharp 8.8 percent decline in the Consumer Confidence Index, marking its second consecutive month of decline and its lowest point since September 2014. Growth in financial markets has also slowed or become more erratic after several years of dramatic gains.  On the bright side, the national Unemployment Rate remained unchanged at five percent with employers adding 211,000 new jobs in November, making it the strongest of the three major economic indicators and highlighted by an increase in the workforce participation rate.

“Going into 2016, consumers are cautious overall and expect little change in the job market–and that could cause confidence to remain stagnant in the coming months,” says Tom Foley, operations director for DestiMetrics. “On the positive side, the Dow Jones Industrial Average posted a slight increase in November and has now recovered the August and September losses. However, we’ll be watching closely how investors and consumers react to the Federal Reserve’s announcement to increase interest rates.”

“While the DestiMetrics data accurately depicts the results of economic and booking patterns, the causes are less clear and a number of variables could be influencing these anomalies,” continued Garrison. “Topping the list is recent economic volatility which tends to undermine consumer confidence and delay early season booking patterns. Plus, the strength of the dollar internationally creates an economic headwind for inbound travel while providing a boon to Americans traveling abroad. And, some potential visitors may be deterred by Christmas Day being so close to the weekend in a curious twist to conventional travel patterns.”

Garrison went on to muse on other factors shaping the season. “Perhaps the most interesting development on a regional basis is the new life that resorts in the Far West region are enjoying with the help of Mother Nature. The newly combined Park City Resort complex with both the Park City and The Canyons resorts could provide stiffer competition to the Rocky Mountain destinations that have traditionally been the strongest segment of the industry,” he concluded.