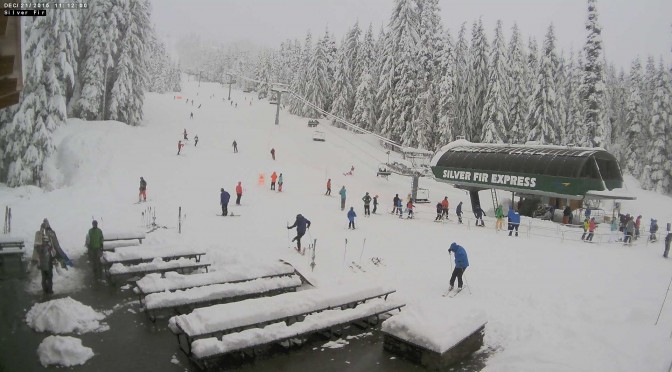 Snoqualmie Pass, WA – A 50-year-old skier died on Sunday after falling into a tree well at the Summit at Snoqualmie resort in Washington State’s Cascade Mountains.

According to officials with the Kittitas County sheriff’s office, the Kelly Lund, of North Bend, was found unconscious in a tree well in Summit Central’s Silver Fir area on Sunday afternoon. Tree wells are pockets that form in deep snow beneath the boughs of evergreen trees, and numerous suffocation deaths have been reported over the years involving skiers falling into tree wells.

Summit at Snoqualmie has reported over 100 inches of snowfall thus far this winter season. Witnesses to Sunday’s incident indicate that three companions of the victim — his son and two other adults — attempted unsuccessfully to perform CPR at the scene, where Lund was reported dead.

Sunday’s incident is unrelated to the ongoing search for Monty Busbee, 43, of Maple Valley, who has been missing since backcountry skiing near Snoqualmie Pass on Saturday.