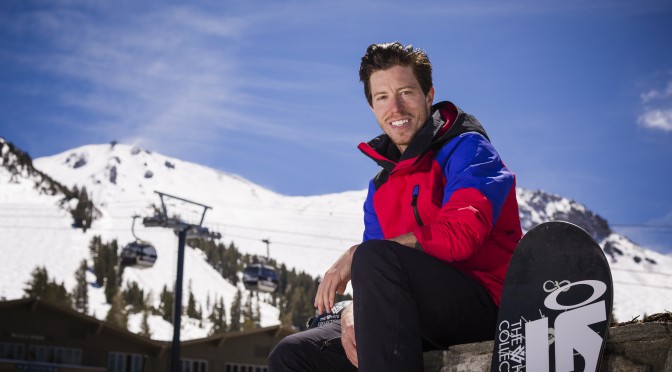 Mammoth Lakes, CA – Pro snowboarder and action sports icon Shaun White is returning to his childhood stomping grounds with the deed in his hand. In a deal announced on Thursday, White has joined the Mammoth Resorts’ ownership team as an investor, with an immediate focus on Big Bear Mountain Resorts where White first perfected his tricks.

“It’s amazing that I’m now an owner of the mountain where I grew up riding,” said White. “As an owner I’ll be able to make changes and shape the future of the mountain and how people enjoy it–whether they’re beginners or professionals.”

White’s presence will be felt everywhere from the boardroom to the halfpipe, resort officials indicate. As a brand builder, White has helped usher action sports crossover into the mainstream with Air +Style, blending winter sports, live music, culture and art. For 2016 the international snowboard series will see events in Innsbruck, Beijing, Los Angeles and Mammoth Mountain, with Mammoth Resorts helping to produce the event as part of the partnership.

“Shaun’s drive to push the envelope athletically is mirrored by his business savvy as an entrepreneur, demonstrated by the success of his apparel line and Air + Style,” said Erik Forsell, Mammoth Resorts’ Chief Marketing Officer. “Over the last year we acquired two mountains, introduced the Cali4nia Pass, and brought Shaun into the fold. Every one of these moves mean more benefits for our skiers and riders.”