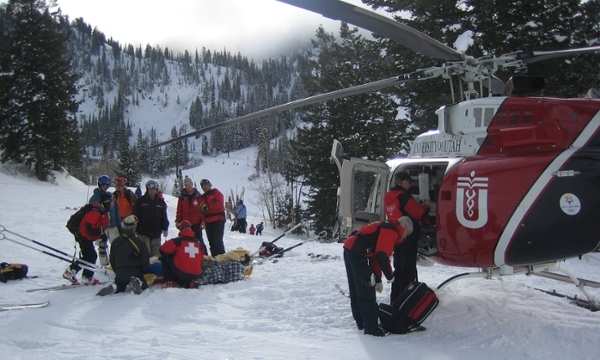 Lakewood, CO – Each winter, we find ourselves facing the unfortunate duty of having to report fatalities at ski resorts around the nation. And every season, our readers perceive that these reports are indicative of a marked increase in fatal skiing accidents.

The truth is, however, that fatalities at ski resorts have held relatively steady for many years. This week’s flurry of news articles may seem to indicate otherwise, but your chances of dying in an accident at a ski resort actually remain incredibly small.

“It’s always tragic to report fatal ski and snowboard incidents,” said National Ski Areas Association (NSAA) President Michael Berry. “We recognize that the fatality rate fluctuates slightly each year; however, one’s chance of having a fatal accident on the slopes remains less than one in a million.”

A skier/snowboarder visit represents one person visiting a ski area for all or any part of a day or night. This includes full- and half-day, night, complimentary, adult, child, season pass, and all other ticket types.

Gender continues to be a significant factor in ski/snowboard fatalities. Of the 2015-16 fatalities, 31 were male and eight female. Equipment also plays a role in fatality data, with skiers accounting for 31 fatalities compared to seven snowboarder fatalities (for one fatality, this was unknown). At the time of these incidents, 23 of the 39 people who died were wearing helmets, while 15 of the fatalities were not wearing helmets (again, for one fatality, it was unknown). Overall, 80 percent of all skiers and snowboarders wore helmets during the 2015-16 ski season, according to a separate annual helmet usage study conducted by NSAA — which means that fatal skiing accidents disproportionately affected those who eschew helmets. And contrary to popular perception, for the last three ski seasons there have been no fatalities related to in-bounds avalanches.

Given this small data set, NSAA does not report fatalities or catastrophic injuries by individual state because of the wide variability of the data. Most states have one or two fatalities per season or fewer, making this variability even more pronounced.

Berry points out that resorts continue to emphasize the importance of personal responsibility and that safety remains a top priority at ski areas. Many have developed comprehensive safety education programs and actively promote the seven points of Your Responsibility Code, as well as the tenets of the Smart Style freestyle terrain safety initiative promoted by NSAA and ski resorts. The industry continues to support Heads Up, a safety initiative designed to promote on-mountain awareness, and each season ski areas across the country observe National Safety Awareness Month in January, a time that is dedicated to additional emphasis on guest and employee safety.

NSAA  recently updated its Lids On Kids website committed to educating parents and children on the importance and proper use of snowsports helmets. In 2013, NSAA launched a new website Kids on Lifts to educate parents and their children about important safety practices for riding, loading, and unloading chairlifts. Meanwhile, NSAA’s Freestyle Terrain website strives to educate consumers about the proper use of terrain park features, with new, user-friendly signage for guests.

Skiing may never be as safe as sitting at home in your rocking chair, but swaying back and forth will never be as exhilarating as swooping down a mountainside through a foot of fresh powder. The fact of the matter, though, is that despite sensational stories of occasional horrific skiing fatalities, this sport isn’t nearly as dangerous as media accounts might make you believe that it is…our own accounts included.

One thought on “The Truth About Ski Resort Fatalities”