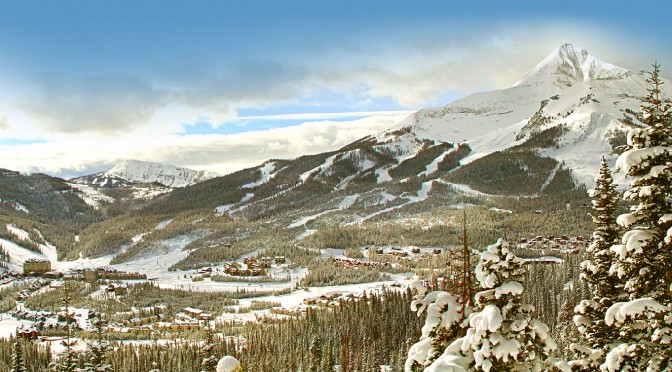 Denver, CO – With the Christmas holiday season and the month of December now officially in the books, many western mountain lodging properties have much to cheer about according to the most recent data released by Denver-based DestiMetrics.

As of Dec. 31, while actual occupancy for the month of December at 30,000 rooms sampled at ski resorts across six western U.S. states was up a scant 0.6 percent compared to last December, revenues jumped 13.2 percent. Gains in revenue are being attributed to strong room rates that are in effect through much of the winter. Although aggregated figures for November through April revealed that occupancy for the season is up only 1.6 percent, revenues for the season are up a robust 10.1 percent. The Monthly Market Briefing released this week also noted that the booking pace during December tapered off, with bookings for arrivals in December down 9.4 percent and for January down 7.0 percent.

“Bookings for the 2016-17 winter season got off to a relatively slow start early on with mild fall weather and election related angst, so the overall booking pace for the winter is really a mixed bag at this point and warrants attention,” explained Ralf Garrison, director of DestiMetrics. “Rates have been rising faster than occupancies for some time, creating overall higher revenues for lodging properties, but not many more visitors.”

Long-lead bookings with reservations made earlier in the year helped establish the foundation for the current modest gain in occupancy despite the slowing of the booking pace. Another variable impacting occupancy is the shifting patterns of usage by second-home owners, which has resulted in a 3.4 percent decline in professionally managed units this winter to-date compared to last.

A year-over-year comparison of major economic indicators from Dec. 31, 2015 to Dec. 31, 2016 provides additional evidence supporting higher demand and the related increases in revenue. The Dow Jones Industrial Average added a modest 68 points during December but closed the month at an all-time record high of 19,192. It was the eighth monthly gain in 2016 and represents a 16.6 percent gain over Dec. 31, 2015. Likewise the Consumer Confidence Index rose sharply in December to reach 113.7 points, its highest level since July 2007 and 18.1 percent higher than the last day of 2015. The 156,000 new jobs created in December were fewer than projected but a year-end tabulation showed that more than 2.13 million jobs were created in 2016.

“Concerns of an immediate post-election downturn appear to be unfounded for now, and consumers are indicating strong confidence in market conditions,” observed Tom Foley, operations director for DestiMetrics. “Plus, wages increased 2.8 percent in 2016, marking the largest annualized increase in wages since the 1960s, which helped encourage consumers’ spending and their tolerance for lodging rate increases.”

The Briefing also added that while abundant snowfall blanketed most resorts in the Far West and Rocky Mountain regions beginning in mid-December, it may have arrived too late to affect holiday bookings and in some cases, the snow and windy weather conspired to delay and disrupt holiday destination visitors.

“Once again, we’re facing some very ‘interesting’ situations as the combination of limited lodging supply and higher demand is boosting rates at high demand times,” reported Garrison. “And with the uncertainty of a new administration in Washington D.C. with a different agenda, we’ll be monitoring economic indicators very closely.”