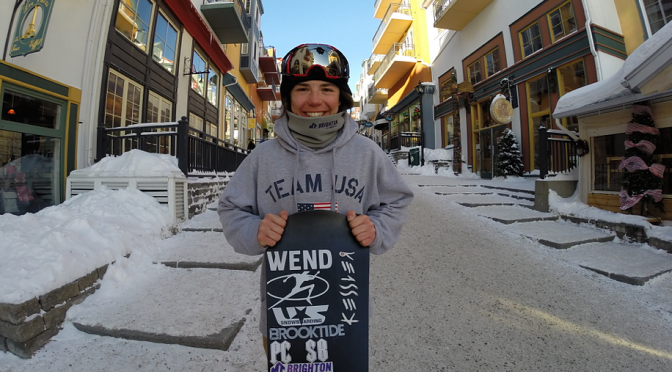 Park City, UT – U.S. Snowboarding will be sending a strong team of athletes to compete in the 2017 FIS Snowboard Junior World Championships to be held in Klinovec, Czech Republic. The event will feature snowboardcross and parallel racing for athletes 19 and under (as of Dec. 31). The event runs from February 18-21. Junior Worlds for halfpipe, slopestyle and big air will be held later this season.

Klinovec is a popular Czech skiing region located along the German border. It has a long history dating back to the early days of skiing, but has seen dramatic growth in recent years especially with the installation of a terrain park 15 years ago.

Snowboardcross athletes for Junior Worlds were selected based on current FIS rankings. Parallel athletes were chosen from the average of top two NorAm results this season.

Jon Casson will be the head coach for snowboardcross, with help from World Cup athlete Mick Dierdorff, who is taking time off during the season to coach at Junior Worlds. Noted board technician Curtis Bacca will also join the trip. Coaches for parallel will include Neil Sunday, who coaches at the World Cup level for Pennsylvania’s Roundtop Mountain Resort, along with Jeff Carr, also from Roundtop.

Junior Worlds for big air and slopestyle will be held March 30-April 1 at Spindleruv Mlyn in the Czech Republic. Halfpipe Junior Worlds will be in Silvaplana, Switzerland April 21.