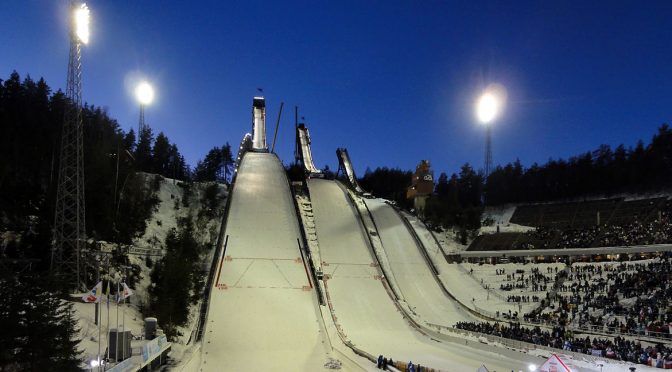 Park City, UT – The U.S. Ski and Snowboard Association (USSA) has named 11 athletes to the ski jumping and nordic combined teams that will compete in the International Ski Federation’s 2017 Nordic World Ski Championships this month in Lahti, Finland. The biennial World Championships brings together the best athletes in the sport for the Feb. 22-March 5 event.

The nordic combined team will include five athletes, with jumping being represented by six.

Nordic combined skier Bryan Fletcher (Steamboat Springs, Colo.) will be competing in his fifth World Championships. He was a part of the Nordic combined team four-man relay that won bronze at Val di Fiemme, Italy in 2013. In Falun, Sweden two years ago, he led the USA with two top-10 finishes including a fifth in the large hill event where he was contending for a medal. It will be the first World Championships for brothers Adam and Ben Loomis (Eau Claire, Wisc.) and Ben Berend (Steamboat Springs, Colo.). Ben Loomis was the silver medalist in Nordic combined at last year’s Youth Olympic Games and recently finished top-10 in the Junior Nordic World Championships in Utah.

The men’s ski jumping team has been having a strong building year on the FIS World Cup tour with consistent and improving results. Will Rhoads (Park City, Utah), who was on the World Championships team two years ago, is the only veteran on the squad. The remaining three all come out of the very strong Norge Ski Club outside Chicago including Kevin Bickner (Wauconda, Ill.), and Michael Glasder and junior Casey Larson, both of Cary, Ill.

Sarah Hendrickson (Park City, Utah) returned to action this season after sitting out all of 2016 with a knee injury. Both she and Nita Englund (Florence, Wisc.) have been American’s top two women on the World Cup tour this season.

Nordic combined will have four competitions – one more than in the Olympic Winter Games. They include two individual events – one each on the HS100m and HS130m ski jumping hill, plus a four-man team event and two-man team sprint.

Mens ski jumping will have two individual events plus a four-man team event. Women will jump on the HS100m hill and compete with the men in a mixed gender team event.