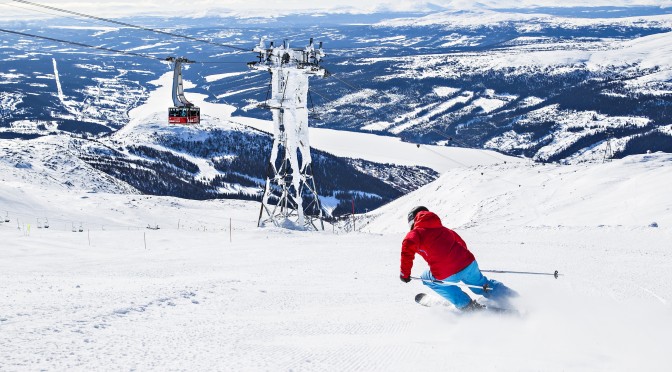 Park City, UT – A strong and deep team of 15 rising stars of ski racing – seven women and eight men – have been named to the U.S. team for the upcoming FIS Alpine Junior World Championships. The team is led by defending Junior Worlds downhill champion Erik Arvidsson of Woodside, Calif., who led the charge of four U.S. men in the top 10 last year – a feat that had never been before achieved. The team will represent the U.S. in Åre, Sweden in six events from March 8-14.

Joining this crew will be three-time 2016 Youth Olympic Games champion River Radamus of Edwards, Colo., who is currently ranked first in NorAm Cup alpine combined standings, and a long list of top performers on the NorAm Cup circuit.

The team will have a good chance at the prestigious Marc Hodler Trophy, awarded to the team with the best overall performance. Last year Austria took the honor, followed by Switzerland and then Canada. “The thing I’m probably most excited about is the depth of our team, across men and women, in all six events,” noted Arvidsson. “We’re going to have a super deep team with athletes starting in the top seed in every event, and I’m excited to see what we can do and make a push for the overall team nation’s trophy. It should be a good experience.”

Both men and women will get some solid time training together as one team in Kvitfjell, Norway prior to hitting the slopes in Åre, which Arvidsson believes will be invaluable for the group. “We’re looking forward to having that week to build the atmosphere and build the team and then lead into trying to ski our best when it matters most,” Arvidsson said.