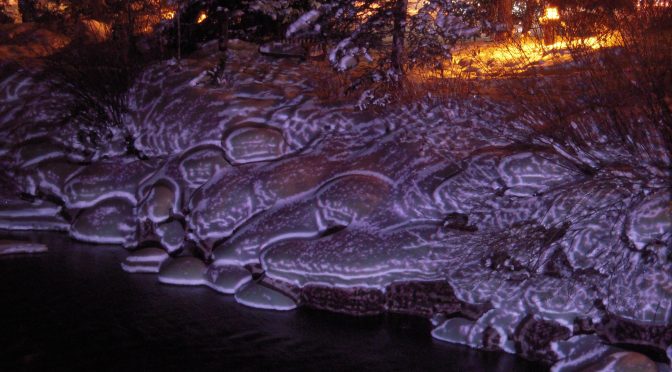 The 3D Air & Après Show will feature Hollywood paintscaping video projection set to a live music mix, combined with some of the industry’s most talented and highly medaled athletes performing high-flying aerials across a massive 30-foot gap jump.

“Paintscaping is a state-of-the-art 3D video projection created by Philippe Bergeron,” explains Brian Czarnecki, vice president of sales and marketing at Camelback Resort. “Bergeron is a pioneer in the computer animation field. Bergeron’s company, Paintscaping, was the projection company who provided the visuals for the Calvin Harris and Rihanna ‘This is What You Came For’ video, which currently has over a 1.3 billion views on Youtube. This type of 3D projection has never been done on snow before in this kind of application. Having Phillippe, Samuel Adams, Camelback, and Scotty Lago together on this project is truly awesome. We will surely create a sight that will be the highlight of the winter.”

“I’m pumped to be doing this show at Camelback,” commented Lago, a 2010 Olympic snowboarding bronze medalist. “The 3D projection is just insane. I’ve only seen this type of thing online and my mind was blown. I cannot wait to see it on snow.”

Samuel Adams will also host attractions throughout the day at Camelback. The event is free to the public and is appropriate for all ages. Pre- and post-performance festivities include jump practice, virtual reality demonstrations the public can try, an on-snow photo booth, acclaimed DJ Velar, a live band, and an athlete meet & greet and autograph signing. For those over 21 years of age, Samuel Adams will have free tastings of their new seasonal beers, Fresh as Helles and the just-released Rebel Juiced IPA.