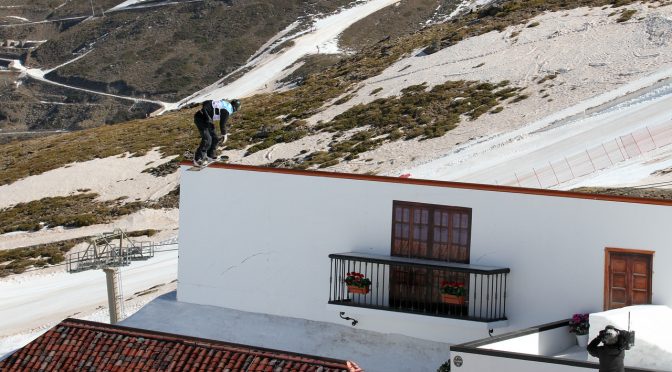 Warm temperatures made it tough for the eight best women and 16 men from Thursday’s qualifiers to land their runs. Both Blouin and Smits finally put it together in their second runs to earn the precious gold in the best-run-counts final.

Blouin scored a 78.00 to snatch her career’s first gold in what might have been the closest slopestyle final finish ,in the recent years with Zoi Sadowski Synnott (NZL, 77.50) and dethroned champion Miyabi Onitsuka (JPN, 77,40) placing second and third, respectively.

“I’m pretty happy. It’s been just an incredible week here,” said Blouin. “The weather has been on our side. It’s super fun, I’m happy.  I didn’t expect it, you don’t want to be too sure of yourself. But I worked so hard, and that just proofed me that the work that I did was worth it.”

Karly Shorr of Milton, Mich., was the top American female in fourth. After a solid first run, Shorr was looking to up her score with a frontside 720 in the second run, but couldn’t quite land it.

“I definitely wanted that frontside 720 in the second run,” she said. “I just need to go back and work on it a little more—get that landing down. But I was really stoked with how I rode today and I’m happy with fourth.”

Competing under the watchful eyes of Spain’s King Felipe VI, Smits repeated his 2011 win — also achieved on Spanish soil — with a score of 91.40, relegating Nicolas Huber (SUI; 83.25) and Chris Corning (USA; 82.50) to the respective second and third rank.

“It’s crazy. I didn’t expect it,” commented Smits, who fell hard earlier in the day and was sore for the remainder of the competition. “I was trying to put a clean run together. It probably wasn’t the hardest run we have seen today but I managed to bring it down pretty clean after I was struggling a bit in my first run on the first rail. When I got this one in my second one I was like ‘OK. Get it now!'”

“After all my injuries I had to battle through this season, it feels pretty awesome to bring home a medal,” added Corning. “Glad to win some money because it cost a lot of money to come here.”