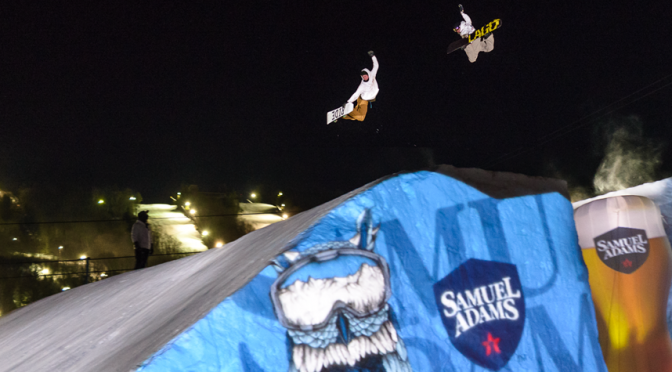 Brewer Sam Adams is combining the art of big air with high-tech 3D projection to create an on snow spectacular that has to been seen to believe. The event will feature athletes performing big air with an incredible light show and 3D graphics being projected onto the jumps. Guests attending will also find fireworks and a variety of fresh Sam Adams beers.

The event kicks off at noon with a team demonstration, and the Sam Adams team will be on the snow with a photo booth, beers to sample and more. At 6:30 p.m., DJ Velar will perform and the 3D projection show begins at 7:30 p.m. Following the show will be fireworks, an athlete “meet and greet” and after party in Zip’s Pub.

Scotty Lago, 2010 Olympic snowboarding bronze medalist will be one of the riders performing with the team. “I’m super pumped to be doing this show at Cranmore Mountain Resort. The 3D projection is insane.”