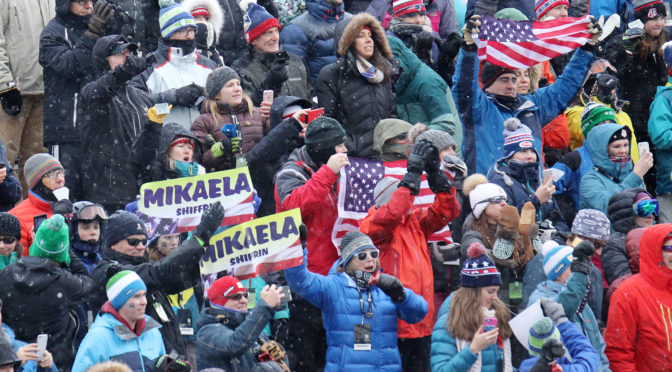 “This is to inform you that the Ladies’ Audi FIS Ski World Cup races in Killington (USA) are confirmed following the official snow control from today 15th November 2018,” FIS proclaimed in its announcement. “As scheduled, the races will take place on 24th – 25th November 2018.”

With this announcement, Killington Resort can assure international race teams and ski racing fans traveling to central Vermont for Thanksgiving Weekend that both the Giant Slalom and Slalom races will take place as scheduled on November 24 and 25.

“The news of FIS approval on race course snow preparation has the entire resort excited to welcome international ski teams from more than 20 countries to Killington next week. This approval reinforces that Killington’s snowmaking system and mountain operations teams are the best in the business at doing their craft and getting the race hill ready,” commented Herwig Demschar, SVP international business development at POWDR and World Cup local organizing committee chairman. “Now in its third year at Killington Resort, you can expect this world-class event to be bigger and better with an expanded musical lineup and opportunities to meet and greet the athletes. The resort, POWDR, and town of Killington are thrilled to host the World Cup and once again bring elite ski racing to the East.”

Killington Resort opened to season pass and express card holders for skiing and snowboarding on October 19, followed by a public opening on October 20. With snowmaking now mostly concluded on Superstar trail, the World Cup race venue, Killington snowmakers continue snowmaking on Skyelark to add a training run for World Cup racers. The snowmaking team also continues to expand terrain for the public in the areas of Snowdon and Canyon while resurfacing current top-to-bottom skiing and riding.

A full schedule of events at Killington Resort during World Cup Weekend including race start times, entertainment, free concerts by Paul Oakenfold, Michael Franti, KT Tunstall and Guster, plus information on many free parking and shuttle bus options is available at www.killington.com/worldcup. Killington strongly suggests to not bring bags to the venue; priority for security screening will be given to those without bags. Stay connected to the Killington Cup on social media with #beastworldcup.”