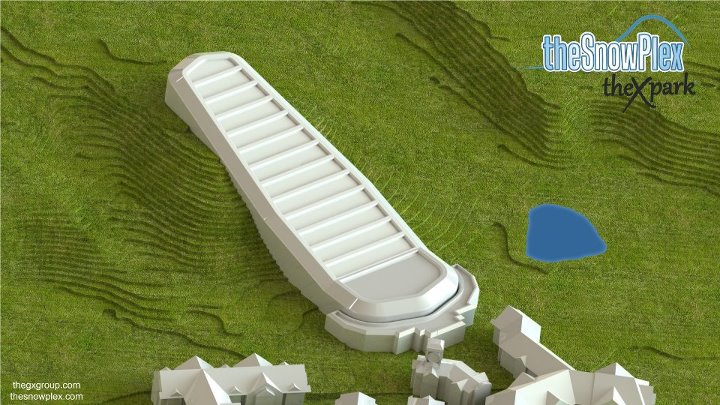 Loretto (ON), Canada – Cold air is rarely a scarce commodity in winter in Ontario, but skiers and riders looking for a summer alternative may watch closely plans in formation for an indoor ski facility on the site of a dormant ski area near Loretto, about 40 minutes northwest of Toronto.

A little-known Mississauga, Ontario-based firm, Generation X Sports and Entertainment Group Inc., is proposing a 183,000 square-foot indoor snow dome, hotel, entertainment and retail complex dubbed the SnowPlex. Generation X officials indicate that they’ll submit plans to the council of the Township of Adjala-Torsorontio, although no timetable has been set.

“The Resort Development Team is in the early stages of submitting an application for a 17,000 square-meter indoor ski hill within the Township of Adjala-Tosorontio, rejuvenating an existing ski hill (the Loretto Ski Resort, just east of the Hockley Valley),” company officials indicated in a press release issued last week. “By serving as an anchor within a Destination Village, this very unique resort is proposed to host a hotel, provide mixed retail and residential uses, while offering vast sporting and leisure based activities.”

Generation X officials estimate that the project will attract an estimated 2.5 million visits annually and create roughly 300 full- and part-time positions, not including those involved in construction.

Construction of the first snow dome in North America is presently nearing completion at The Meadowlands in northern New Jersey. Should it come to fruition, the project in Loretto would be the first of its kind in Canada.