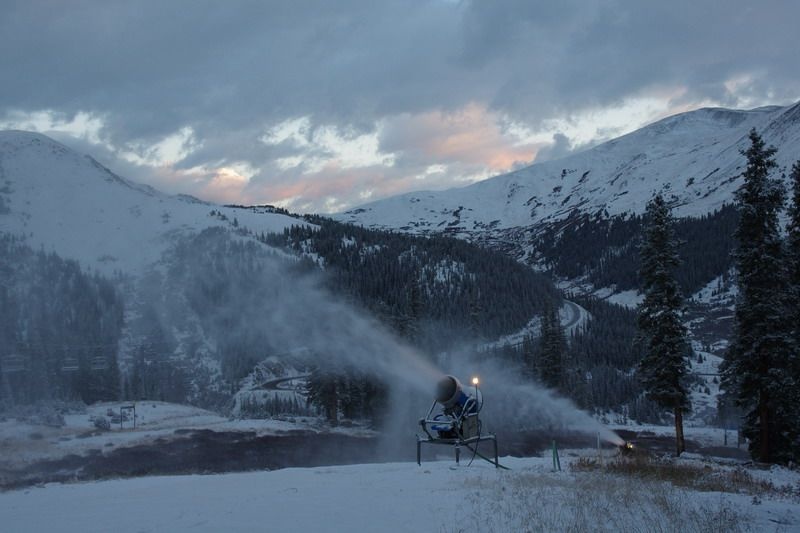 Arapahoe Basin, CO – The race for the first ski area to open for the 2012-13 winter season is on, now that Arapahoe Basin has joined its Colorado neighbor Loveland Ski Area in turning on the snow guns.

“I would have to say snowmaking got off to a good start this morning,” said A-Basin COO and Vice President, Al Henceroth. “Temps were cold enough for a few hours.  We fired up 85 percent of the fan guns. Conditions tonight look awesome — temperatures may be down in the teens.  Even daytime temperatures Saturday and Sunday may be good enough for snowmaking.”

A-Basin has not set an opening date for the 2012-13 ski season, nor has Loveland, where snowmaking efforts began on Thursday. Copper Mountain, also in Colorado, is making snow, too, but their efforts are currently focused on private terrain for training by the U.S. Ski Team.

“The rumor mill never ceases to amaze me.  I am so happy people are excited about skiing and riding, but no date has been set for opening,” Henceroth clarified.  “We will open just as soon as we make enough snow and, hopefully, that is one day before Loveland opens.”