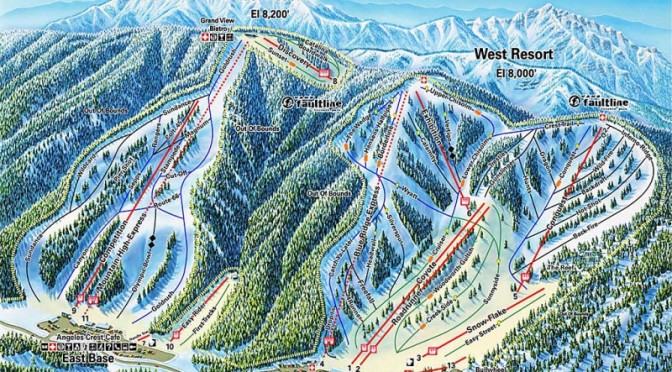 Los Angeles, CA – Despite finding her 82% responsible for her own injury, a California jury has awarded a 35-year-old woman $4 million for a 2012 ski accident at Mountain High Resort that left her paralyzed from the chest down.

Leslie McLaughlin, a former veterinarian from Torrance, Calif., testified that on March 1, 2012 she never saw a terrain change that she characterized as an unmarked table top jump. Mountain High officials indicated in their testimony that the terrain change was a staging area separating the resort’s green-circle lower Woodworth Gulch run from a series of small terrain features. They testified that no other injuries were reported in the eight years that the staging area was in place.

The jury deliberated for three days before returning an award of $22 million on Monday, reduced by the plaintiff’s own negligence. California follows a doctrine of pure comparative negligence, which means that damages are reduced by the degree to which a plaintiff contributes to their own loss. A plaintiff may only collect that percentage that a defendant is found to have contributed to the injury.

McLaughlin testified that she could not recall if she read large signs warning of terrain features at Mountain High. She indicated that she thought that the staging area was a gentle rollover that she could simply ski across. Instead, she testified that she unexpectedly flew off the terrain change and landed on her back. McLaughlin spent more than six months in-patient at Huntington Hospital in California before being transferred to a rehabilitation facility in Denver.