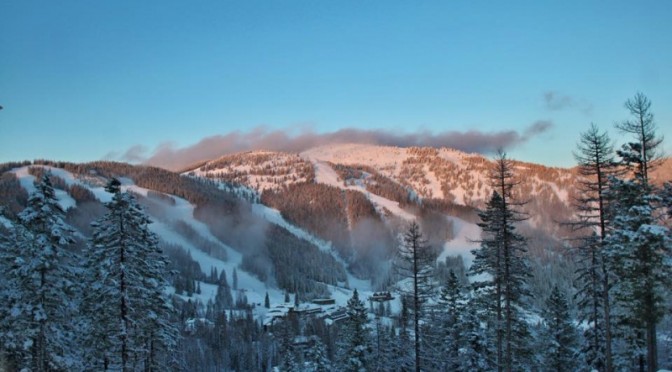 Whitefish, MT – Montana’s Whitefish Mountain Resort will greet the 2015-16 ski and snowboard season with several improvement projects completed both on and off the mountain, including a remodel and expansion of its Summit House mountaintop lodge. All told, the cost of the resort projects completed this summer exceeds $1.5 million.

“It’s very gratifying that we are able to continue to reinvest in the resort following last year’s addition of Flower Point and we are looking forward to more exciting upgrades for our guests. Similar to the last two years of improvements at the Base Lodge, this winter we will offer our guests added comfort and amenities in the Summit House,” Whitefish Mountain Resort CEO Dan Graves said. “Additionally we’re making several other improvements around the resort as part of our commitment to upgrading our infrastructure and in direct response to customer feedback.”

The Summit House remodel includes the addition of a mezzanine level with 1,600 square feet and approximately 135 seats, and new windows providing northwestern views. Restrooms have been added to the main floor as well as an expansion of the main entry. Additionally all of the windows were replaced, and a remodel of the entire exterior including new siding, stonework, trim and lighting brings the building into a new era.

As the only mountaintop restaurant in the state of Montana, the Summit House is known for its panoramic views of Glacier National Park and the Flathead Valley. With the new mezzanine level and its windows facing the northwest, the Summit House will now provide its guests with 360-degree views from its 6,817-foot summit. The ski area’s summit can be reached by two of the resort’s high-speed quad lifts, Big Mountain Express and Big Creek Express, and is a gathering place for its guests with skiing in all directions.

Also at the summit, the resort has said goodbye to its iconic yet under-sized patrol cabin to make room for a new Ski Patrol Headquarters building. At 800-square feet the new building is more than four times the size of the old cabin and will enable patrollers to treat minor injuries on-site instead of transporting patients to the clinic in the Base Area. The building will also include a kitchen accommodating patrollers during their daily shifts, which will allow them to stay at the summit where they can be dispatched to most incidents. To complete the summit upgrade, the two lift maintenance and operation buildings have been given a new exterior to match the Summit House and Patrol HQ.

In addition to projects at the summit of the mountain the resort will be enhancing its beginner terrain near the base of the mountain. Crews moved dirt and blended grades in order to widen the beginner-friendly area accessed by the Easy Rider lift. This project will relieve congestion for adult lessons as well as provide more variety to kids’ lessons.

The resort has also made several changes in the Upper Village to improve the guest experience this season. A new coffee shop is being built just steps away from the resort shuttle and free S.N.O.W. Bus stop so skiers and snowboarders can get their fix on the way to the lifts.

Additionally, Snow Ghost Outfitters has moved into a new space just up the boardwalk and Village Rentals has taken over its former spot, making both locations centrally located. Village Rentals will now sell skis, snowboards, boots, bindings and poles while Snow Ghost will focus on soft goods and gifts. Village Rentals is the only shop in Whitefish that offers customers multiple demos in a single day. Customers will now be able to demo, purchase and mount new gear in a single location.

Finally the resort has bolstered its wireless internet by adding new Wi-Fi access points in the Base Lodge, Upper Village and Summit House. Lodging guests and day skiers will both find better coverage and faster service.

All projects will be completed in time for opening day, currently scheduled for Saturday, December 6.