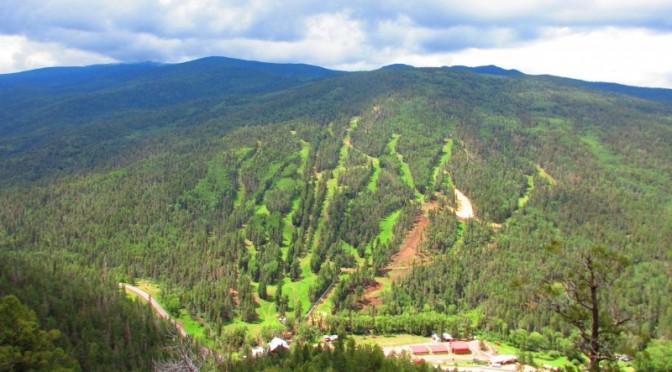 Vadito, NM – After wrapping up the most successful winter in resort history, officials at Sipapu Ski and Summer Resort near Taos started building a new chairlift, the resort’s first quad and the third lift to be installed at the New Mexico resort in less than five years.

Sipapu’s new chairlift will be accessed through the resort’s base area and will transport guests 330 vertical feet to a beginner-friendly part of the mountain, said Sipapu’s managing partner, James Coleman.

“We are building this lift for families,” Coleman said. “It is perfect for parents and kids to ride together, and it gives those who are learning easy access to some of our best beginner terrain.”

The lift will service beginner trails like Bambi and Lower Bambi, and intermediate trails including Thumper and Rolling Rock, giving novice skiers and snowboarders an easier way to practice their skills before progressing to more advanced terrain.

The new chairlift is part of the resort’s long-term strategy to introduce more skiers and snowboarders to winter sports. For more than a decade, Sipapu has offered a unique Learn to Ski Free program that gives first-time skiers and snowboarders a free ski school lesson with a lift ticket purchase. This free lesson program is the only of its kind in New Mexico and among a handful in the United States. In 2010, the resort’s ski school teaching area introduced Sipapu’s first magic carpet, the response to which was so overwhelming, Coleman said, that mountain officials added a second carpet in 2013 on Sipapu’s Practice Slope.

In addition to the new lift and its beginner terrain access, Coleman added that mountain crews are adding a new intermediate or advanced run directly under the lift, which will bump Sipapu’s trail count to 42.

With Sipapu’s reputation for being the first ski area to open in New Mexico (last season’s November 15 opening marked the 12th consecutive time the resort has clinched this title), Coleman anticipates this lift will be in the Opening Day rotation in the future. The new lift’s debut date has not yet been set, although Coleman says guests can count on riding it in 2015.

The 2014-15 season was the most successful winter in Sipapu’s history, resort officials indicate. The November 15 opening date was the earliest opening in recent resort history, and Sipapu extended its daily operations schedule in April to offer guests the longest ski and snowboard season in New Mexico. When the resort ended winter operations on April 12, officials reported that skier visits increased more than 25 percent over the 2013-14 winter.