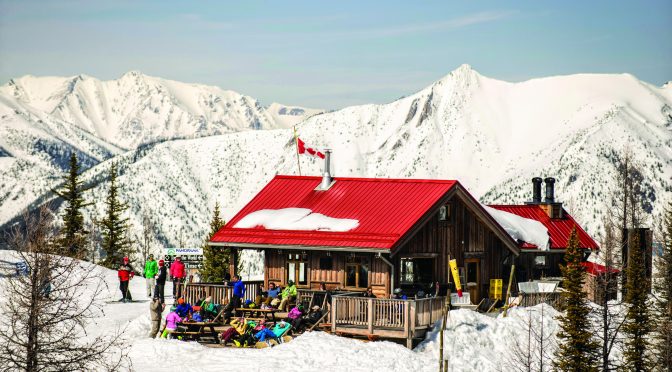 Invermere (BC), Canada – Home to one of North America’s 10 largest vertical drops and Canada’s largest outdoor on-mountain hot pools, Panorama Mountain Resort is gearing up for the 2016-17 snow season in British Columbia with expanded terrain, and new festivals and events.

Panorama’s 2,847 acres of patrolled terrain boasts 125 trails, the Taynton Bowl, Panorama’s 2,847 acres of terrain are 16.2 acres bigger. as patrollers are bringing more expert double black diamond backcountry-style terrain in Taynton Bowl in-bounds. An investment of $120,000 improves Panorama’s off-piste offering with new glading on both the front and backside of the mountain, which will further open up Panorama’s massive acreage to provide new experiences for guests.

Panorama will also host its first-ever alpine music fest this season, with the High Notes Festival taking place from March 17 to 19, 2017. This two-day event features some of the best independent artists in Canada, including the legendary blues musician Jim Byrnes, along with Barney Bentall, Leeroy Stagger, Shred Kelly, Speed Control, The Lion The Bear The Fox, and the beautiful harmonies of Edmonton folk duo 100 Mile House. High Notes will launch Panorama’s popular spring event series, which includes late celebrations such as The Easy Rider Snowboard Cup and Super Hero Sun Fest.

Also debuting this season is the inaugural Women’s Ride Camp on January 20 to 22, and March 17 to 19, 2017, which offers a ladies-only, all-level weekend of skiing with female coaching, and includes a cocktail mixer and a rustic alpine lunch at the Elkhorn Cabin (C$199 per person).

“It’s an exciting time at Panorama,” says Steve Paccagnan, Panorama’s director and CEO. “Serious investment has gone into improving on-mountain and entertainment experiences for guests, and our combined offerings set the benchmark for resort vacations in the Canadian Rockies region.”

All guests can cozy up in the Elkhorn Cabin to enjoy regional B.C. beers and Swiss alpine-style raclette, all while soaking in the history of this classic space, which is perched in a beautiful slopeside spot halfway up the mountain. Heli-skiers can dive into Canadian fare including local game, fish and plenty of maple flavors at Chopper’s Landing Restaurant by walking through the snowy path in the forest to reach the restaurant and enjoy views of the upper village’s twinkling lights while warming up by the wood fire. Winter 2016 heralds the arrival of Earl Grey Lodge’s new Cabin Smokehouse, which will offer house-smoked meats in a relaxed après venue.