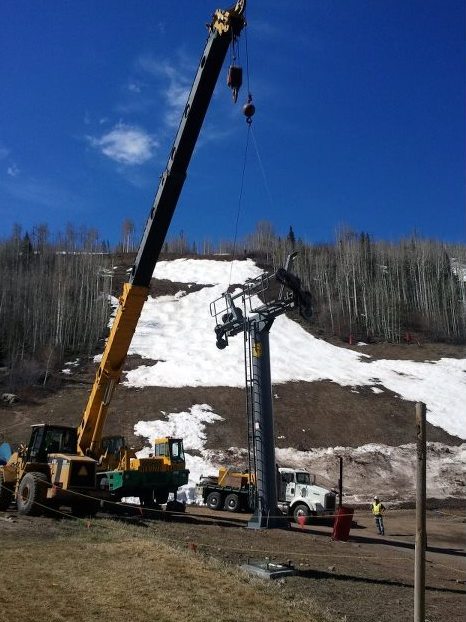 Broomfield, CO – Vail Resorts, operator of some of the country’s most popular ski resorts in Colorado and Lake Tahoe, two of the western U.S. regions hit hardest by low snowfall this winter, on Tuesday reported metrics for the 2011-12 ski season that included a 12.6% decline in skier visits over 2010-11.

Despite the sharp decline in skier visits reported at the company’s six other mountain resort properties — Vail Mountain, Beaver Creek, Breckenridge and Keystone in Colorado, and Heavenly and Northstar in California — lift ticket revenue including an allocated portion of season pass revenue was down only 0.3% in 2011-12, when compared with 2010-11. Ancillary revenue from ski school was up 0.3% while revenue from dining was down 4.0% and revenue from retail/rental was down 0.3%. Ancillary revenue per skier visit from ski school, dining and retail/rental increased 13.4%.

Broken down by region, skier visits at the company’s Colorado properties was down 8.9%, while its Tahoe resorts slumped by a remarkable 24.2%.

“This was one of the most challenging weather seasons in the history of the United States ski industry marked by historically low snowfall and one of the mildest winters on record,” acknowledged Rob Katz, Vail Resorts’ CEO. “These highly unprecedented weather patterns extended over much of the season including the key Christmas, Spring Break and Easter periods, adversely impacting terrain.  Cumulative snowfall at our six resorts was down more than 50% over the prior season.

“In the face of these unprecedented conditions, we were very pleased with the resiliency demonstrated in our business,” Katz reflected, noting the economy’s strengthening consumer spending pattern exhibited this winter.

In fact, Katz reported that the company’s 2012-13 advance season pass sales have been strong, adding that they “will exceed our prior year total spring season pass sales in both units and sales dollars, adjusted as if Kirkwood were owned in both periods. This is particularly heartening considering the record high season pass sales we reported in spring 2011.  This creates early momentum for next year and reflects the loyalty and commitment we have from our customer base and their confidence that we will again deliver an exceptional experience in the coming ski season.”