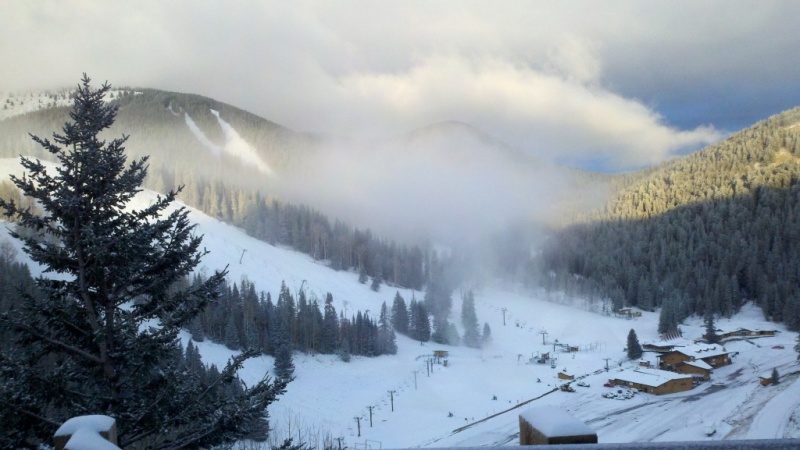 Mescalero, NM – Ski Apache in New Mexico, the country’s southernmost ski area, will greet the arrival of the 2012-13 winter season with three new lifts. But unlike other lift installations going in around the country this summer, the upgrades at Ski Apache aren’t the result of expansion or upgrade plans.

Rather, they’re the result of the Little Bear wildfire, which in June damaged three of the lifts at the the Mescalero Apache Tribe’s ski resort. Mountain Operations staff used snowmaking guns to battle back the flames that scarred the resort’s Chair 4 Capitan, a base area fixed-grip triple chair, as well as a base-to-summit gondola and Chair 8, the Elk Quad. Several small structures at the top of Capitan were also consumed in the blaze. The ski area’s access road finally just reopened to the public last week.

The Tribe is spending $15 million this summer to launch the new ski lifts, including a new base-to-summit eight-passenger Doppelmayr gondola that will climb 1,646 vertical feet in just eight minutes, about twice as fast as the damaged lift, and will have an uphill capacity of 2,000 riders per hour. The two damaged chairlifts will be replaced by a triple and a quad with a combined uphill capacity of 3,600 per hour.

“We are happy to invest in something that has proven such a valuable asset, not just to the tribe but to the surrounding communities as well, especially considering the effects on the region from the Little Bear Fire,” said Mescalero Apache President Frederick Chino, Sr.

All three new lifts are scheduled to be operational in time for a Thanksgiving opening.