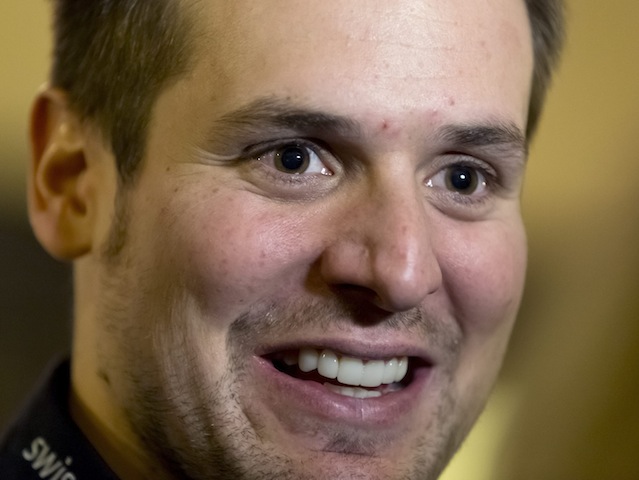 Zurich, Switzerland – “My time as a ski racer is over.”

Those were Swiss speed specialist Daniel Albrecht’s somber words at a press conference in Zurich on Sunday, where the former World Cup super combined champion announced his retirement from ski racing.

Approximately four and a half years after his spectacular crash at the finish line of the famed Streif course in Kitzbühel, Albrecht has opted to quit upon realizing that the long road to go back to the top would be too difficult to travel.

Albrecht was riding a rising tide of success when his career took a sudden turn on January 22, 2009. In the final training run for the Hahnenkamm downhill, Albrecht fell on the final jump, the Zielsprung, at 86 mph, sailing about 70 meters through the air and landing on his head and back.

The native of Valais, now 30, spent three weeks in a medically induced coma in the Innsbruck University Clinic to treat a traumatic brain injury. In mid-February of 2009 he was transferred to Bern University Hospital, where Albrecht spent three months as an in-patient before finally being discharged at the end of April.

But Albrecht was determined to return to the elite of the World Cup ranks. In 2007, Albrecht had been crowned the world champion in super combined at Åre, Sweden, and achieved second place in giant slalom. In total he counted four World Cup victories, three in GS and one in combined.

Albrecht returned to snow in October 2009, training on the glacier in Soelden, Austria, even though he had relearned to speak only months earlier.

Albrecht’s comeback initially exceeded even his own expectations, achieving a 21st place in the giant slalom at Beaver Creek, Colo., in December 2010, his first World Cup race following his horrific 2009 crash. “This is worth more than the world title,” he exclaimed at the time.

But it would be the best result he could achieve after the crash. He tried switching from Atomic to Head skis, but the new gear brought no improvement. His last World Cup start was at Kranjska Gora, Slovenia, in March 2012, and the pressure to perform on the World Cup circuit continued to build. In an effort to qualify for the Lake Louise downhill in November 2012 Albrecht crashed again in the second test run, sliding into the safety netting. He sustained a dislocated patella and torn ligaments in his knee, and once again his season was over.