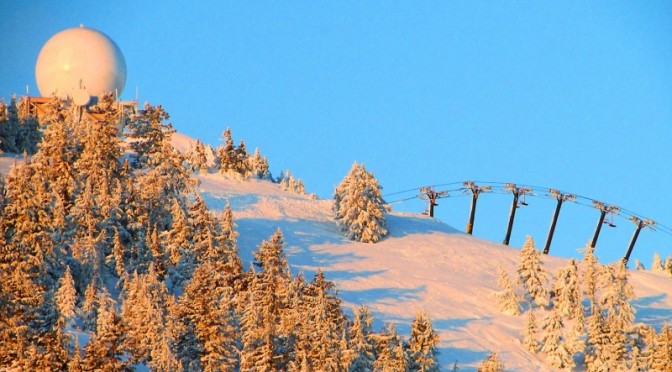 With less than a foot of snow on the ground and a warm weather forecast, officials at the non-profit community ski area last week formally threw in the towel on the 2013-14 ski season in the Rogue Valley. A U.S. Forest Service snow survey released March 3rd confirmed this is the worst year for snow pack in the Siskiyou Mountains since the survey’s inception in 1963.

“At some point we had to face the fact that the weather was not going to cooperate,” explained Kim Clark, the ski area’s general manager.

“Being in a weather dependent business is always risky,” said Lisa Beam the Mt. Ashland Association board president. “We’ve been looking for ways to move forward from this historic event. We have developed some options for our season pass holders that will provide tremendous value while still protecting our non-profit ski area’s bottom line so the mountain will be here for our community in the future.”

Mt. Ashland officials are offering passholders two options. They may return their 2013-14 season pass and receive a tax deductible donation for the 2014 tax year, or may receive a 50% discount on a season pass for next winter.