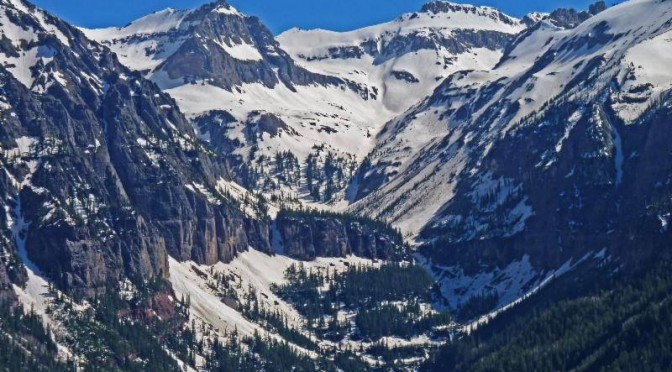 Telluride, CO – After removing the gates in 2010 in response to landowner complaints, the U.S. Forest Service has quietly reintroduced access gates leading from Telluride Ski Area into the neighboring Bear Creek drainage.

U.S. Forest Service officials determined that it’s better to be able to control the access into Bear Creek, a popular sidecountry run from the mountain down into town. Since the gates’ closure in 2010, skiers and riders have been ducking the boundary ropes on Gold Hill and skiing Bear Creek anyway.

Shortly after Telluride began offering commercially guided skiing in Bear Creek in April 2010, land dealer Thomas Chapman, of Montrose, Colo., purchased a thin strip of mining claims that extends from one wall of Upper Bear Creek to the other, and indicated that he would pursue trespass charges against hikers or skiers crossing his newly acquired land. According to Chapman this cut off access to Upper Bear Creek from Telluride Ski Resort, including the majority of the runs in that drainage such as Deep & Dangerous and Ophir to Telluride. Ski runs that drained into Bear Creek below Chapman’s land holding, including E-Ticket and Nellie, remained accessible but other landholders voiced opposition as well.

In response to this opposition, the Forest Service removed the four access gates from Gold Hill in December 2010. Chapman has maintained his resistance following the reopening of two of those gates.

“It’s a federal official condoning trespassing on private property,” Chapman told the Telluride Daily Planet. “It helps the Forest Service and it helps the ski area and it puts a window dressing on what is really a problem. In my opinion it’s a very self-serving decision that doesn’t take into account what the landowners are faced with, which is the continued liability of someone being killed on our property.”

Some have questioned the motives behind Chapman’s purchase of the land in Bear Creek. In early 2013, Chapman and his business partner, Ron Curry, began the federal permitting process to open the Bear Creek at Telluride ski area to touring skiers or perhaps those opting for a helicopter or snowcat lift into the drainage. Plans called for skiing to range from the summit of 13,555-foot Wasatch Mountain to a yurt on Gold Hill Development’s land at 11,562 feet. In addition to the lack of lifts there would be no snowmaking, no grooming and no avalanche control, although Chapman planned to offer a site for a private 1,000 square-foot home.

The pair have since abandoned those plans.