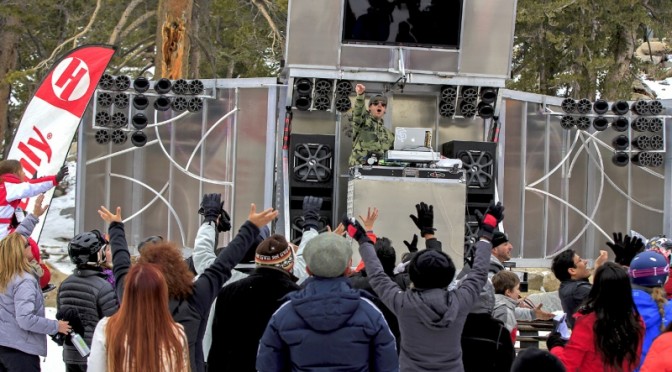 South Lake Tahoe, CA – Young the Giant will headline the free Winter Ignite concert in Heavenly Village at Tahoe’s Heavenly Mountain Resort on Saturday, December 13. Since its debut in 2010, the Irvine, Calif. indie rock band has delivered gold hits like “My Body” and “Cough Syrup,” and is currently touring the nation with a new album, “Mind Over Matter.”

The Heavenly stop will round out a big year for the band, including stops at major festivals like SXSW, Lollapalooza, and Bonnaroo, as well as live sets on Conan O’Brien, Jimmy Kimmel Live and Late Night With Seth Meyers.

“To have a band of Young the Giant’s caliber headlining Winter Ignite, and playing a free concert at that, will truly elevate the level of excitement and anticipation that surrounds the early winter season here,” said Pete Sonntag, vice president and COO of Heavenly.

Young the Giant will rock the Heavenly Village in South Lake Tahoe as the culmination of the popular ski and snowboard resort’s Winter Ignite event series, which spans two weekends, December 5-6 and 12-13. Winter Ignite will jumpstart the 2014-15 ski and ride season with on-mountain activities such as pop-up DJ Cat and Unbuckle après kick-off parties as well as off-mountain events like the Pretty Faces movie premier and comedy from Daniel Tosh at MontBleu Resort Casino and Spa on Friday, December 12.

Heavenly is slated to open for the season just two weeks from today, on Friday, November 21.