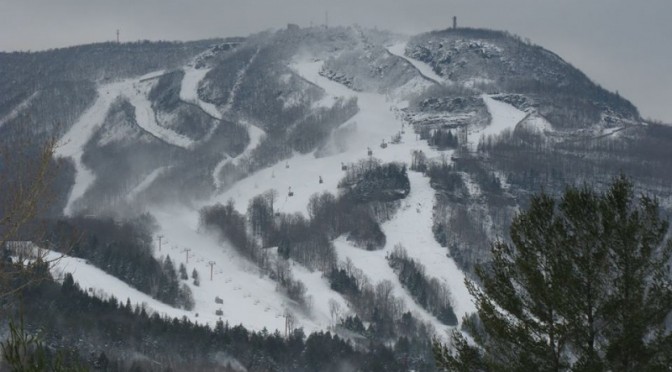 Hunter, NY – A 44-year-old Brooklyn, N.Y. woman died on Sunday after falling from a chairlift at Hunter Mountain ski area in the Catskills.

New York State Police report that Olga Filkin was had just loaded Hunter’s “D” lift, a triple chair, alone at around 2:15 p.m. Sunday and already had the safety bar lowered as her chair approached the first tower. As the lift chair was swinging, her ski tip caught the tower and propelled Filkin out of the chair to the ground approximately 25 feet below.  She had traveled to Hunter Mountain as part of a large group that included her husband and 20-year-old daughter.

Filkin was pronounced dead at the scene. An autopsy has confirmed that she died from injuries sustained in the fall.

“We tell you with deep sadness: yesterday afternoon, a 44-year old guest at Hunter Mountain died after falling out of a chairlift. Ski Patrol was there within moments, to no avail,” resort officials posted to Facebook this afternoon.