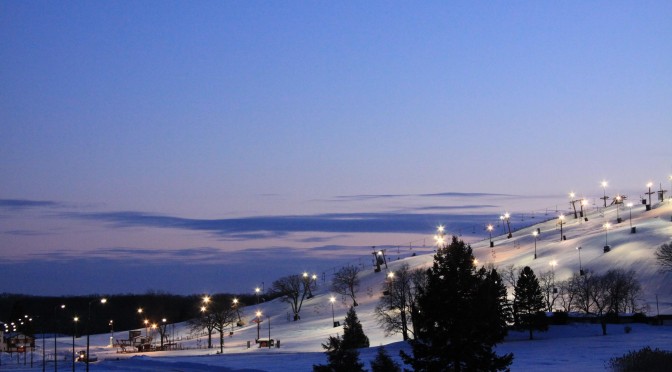 Wilmot, WI – Vail Resorts announced today that it has acquired Wilmot Mountain in Wisconsin near the Illinois state line, expanding its collection of urban ski areas in the Midwest. Terms of the acquisition were not disclosed.

The acquisition expands Vail Resorts’ recent strategy of acquiring “breeder hills” in the Midwest, and driving visitation to its resorts in Colorado, Utah and the Lake Tahoe area by tying season pass products together. Located approximately 65 miles north of Chicago, Wilmot Mountain will be included in the Vail Resorts’ Epic Pass and Epic Local Pass for the 2016-17 ski season.

“We are thrilled to welcome Wilmot Mountain to the Vail Resorts family. Wilmot is steeped in skiing tradition and enjoys tremendous brand recognition among Chicago and Milwaukee skiers and snowboarders, thanks to the passion and dedication of the Stopa family over the last 75 years,” said Rob Katz, chairman and chief executive officer of Vail Resorts. “We plan to offer our Chicago and Milwaukee guests new season pass offerings that will provide the chance to experience the best skiing and snowboarding locally and in the West and will use our best-in-class technology to create more sophisticated channels of communication with everyone who skis at Wilmot.”

Vail Resorts plans to transform both the on-mountain and base area experience at Wilmot Mountain. These enhancements will include redesigned and updated terrain parks, improved coaching and instruction for all levels of skiers and riders, expanded dining and entertainment options at the base area, dedicated racing programs and integrated technology and social media programs like EpicMix. Furthermore, the company will invest in the ski area’s infrastructure to improve snowmaking, parking and access to provide a more consistent experience throughout the season.

“We also plan to bring the same state-of-the-art lifts, snowmaking, lodges, racing, terrain parks, coaching and technology to the guest experience at Wilmot Mountain, much like we have done at Mt. Brighton and Afton Alps, all while honoring the important legacy of the ski area,” Katz added.

Wilmot Mountain was founded in 1938 by Walter Stopa, who opened the ski area with a single rope tow. By the 1950s, Wilmot Mountain was recognized as one of the most successful ski areas in the Midwest as it became the first in the region to develop and implement snowmaking with rubber hoses, aluminum pipes and sprinkler heads. Today, Wilmot Mountain offers 25 trails, four terrain parks, a ski and snowboard school, a ski racing program and a tubing hill with 23 lanes.

Vail Resorts also announced the appointment of Taylor Ogilvie as general manager of Wilmot Mountain, effective immediately upon closing of the acquisition. Originally from the Chicago suburbs, Ogilvie grew up skiing at Wilmot Mountain. Since June 2013, Ogilvie has served as general manager of Mt. Brighton in Michigan, where he ran all of the ski operations as well as oversaw Vail Resorts’ $10 million investment in enhancing the ski area. Ogilvie began his career at Vail Resorts as a ski instructor and worked his way up through the ranks at the Vail and Beaver Creek Ski & Ride Schools to manager of the Vail Mountain Children’s Ski & Ride School in Lionshead.