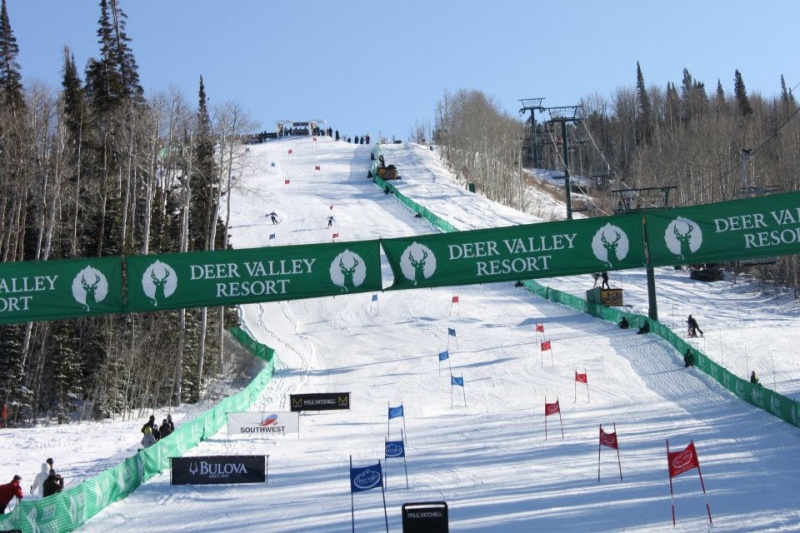 Held Saturday and Sunday, December 3-4, the invitational ski event pairs former Olympic ski legends with television and film celebrities for a weekend of skiing, live music and fundraising for Waterkeeper Alliance, the largest and fastest growing non-profit solely focused on clean water. With over 300 Waterkeeper Organizations and affiliates around the world, Waterkeeper Alliance helps to defend communities against anyone who threatens their right to clean water—from law-breaking polluters to unresponsive government agencies.

“We look forward to celebrating the 25th Anniversary of the Deer Valley Celebrity Skifest and Deer Valley’s opening weekend for the 2016-17 season,” said Bob Wheaton, Deer Valley Resort president and general manager. “Our long-standing partnership gives Deer Valley the opportunity to support a valuable global cause. We are proud of our connection with Waterkeeper Alliance.”

The Deer Valley Celebrity Skifest event kicks-off on Friday, December 2 with a Celebrity Poker Tournament where players can up the ante in support of clean water to win prizes. The event continues on Saturday, December 3 at noon with a Pro-Am giant slalom race on Birdseye ski run with sponsors, celebrities and Olympians followed by a Pro-Am awards ceremony. Saturday evening will feature a Waterkeeper Alliance gala dinner and benefit auction at the DeJoria Center in Kamas, Utah followed by a concert with Multi-Platinum Entertainer, Dierks Bentley.

The Celebrity Skifest race will take place at noon on Sunday, December 4 also located on the Birdseye ski run. The races are complimentary to the public for spectating and can be viewed from the Silver Lake area at mid-mountain.

All proceeds from the evening events throughout the weekend benefit Waterkeeper Alliance. Skifest has helped raise more than $6 million for Waterkeeper Alliance since the partnership began in 2006. The weekend’s races will be broadcast the following Sunday, December 11 on CBS at 5 pm EST.

To inquire about tickets for the special performance by Dierks Bentley at the DeJoria Center, contact waterkeeper@cwandco.com.