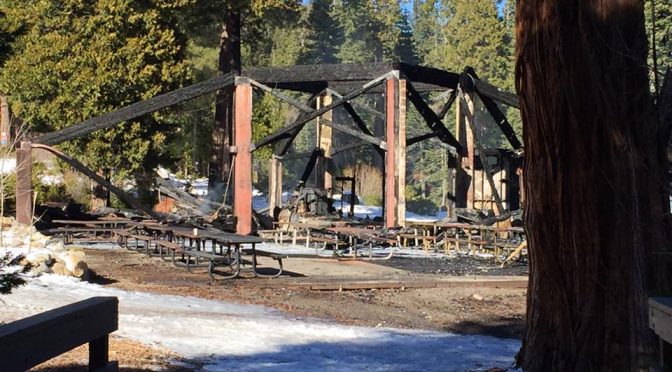 No injuries were reported, and no individuals were on-site at the time. The building is a total loss. The North Tahoe Fire Protection District is investigating the cause of the fire. Normal mountain operations resumed on Thursday.

The South Lodge was primarily used as restaurant and administration offices at the ski resort on the shores of Lake Tahoe.

“On behalf of our team, I would like to thank North Tahoe Fire and the other coordinating agencies that responded so quickly to the call,” said Homewood’s General Manager, Kevin Mitchell.

No word is yet available regarding Homewood’s plans to replace the structure.