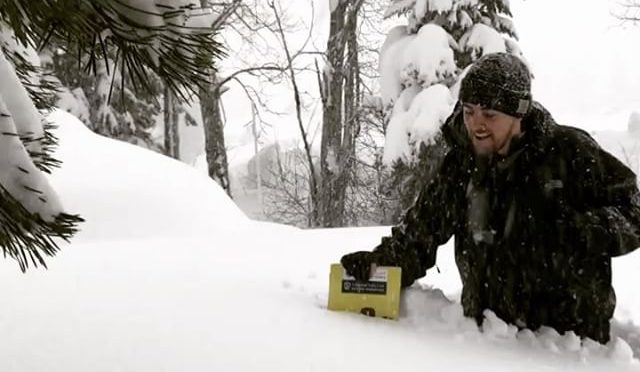 Lake Tahoe, CA – A blizzard warning issued by the National Weather Service remains in effect until Wednesday in the Sierra Nevada Mountains, followed by a Winter Storm Warning until Thursday. In the meantime, the region’s ski resorts are working to dig out and get lifts spinning.

“Due to the high snowfall rate, there is a considerable amount of work to do before opening terrain and lifts to guests,” a Homewood Mountain Resort spokesperson said on Tuesday morning. “Pending terrain safety, Homewood hopes to open Madden Chair, Old Homewood Express, Happy Platter and Magic Carpet, but delays are to be expected.”

Heavenly Mountain Resort, spanning the California/Nevada border in South Lake Tahoe, has picked up another four feet of snow at upper elevations in the past 24 hours.  During the same time period, Northstar California reported three feet, Homewood logged 27 inches, and Kirkwood tallied nearly two feet although no one could reach the mountain as Carson Pass and the Spur were both closed with no estimated time of opening.

Sierra-at-Tahoe is pulling the plug on operations at noon today after opening only its Easy Rider and Rock Garden lifts this morning, due to “extreme snowfall, avalanche danger, and low visibility.” Squaw Valley Alpine Meadows, which reported a 24-hour snow total of two more feet, didn’t even bother trying thanks to heavy snowfall, high winds and forecasted thunderstorms, even though they said just yesterday that they would. They’ve picked up 10.5 feet of new snow in the first 10 days of January, obliterating their monthly average of 70 inches and equaling 72% of their all-time January record of 175 inches, set in the 1981-82 ski season, with 21 days still remaining in the month.

With I-80 remaining closed in both directions from Colfax to the Nevada state line, Sugar Bowl kept their lifts silent today, as did nearby Tahoe Donner, Donner Ski Ranch and Boreal Mountain.

“Dare I say, there is such a thing a too much snow,” Sugar Bowl posted to Facebook this morning. “We will try again tomorrow.”

On the Nevada side of Lake Tahoe, high winds and blizzard conditions kept Mt. Rose Ski Tahoe closed today. Nearby but at lower elevations, phones were out at Diamond Peak but at last check they were attempting to get their Crystal Express running today.

Further south, Mammoth Mountain picked up a relatively low 17 inches overnight, but since the beginning of this storm cycle three days ago they’ve measured 58-101 inches of new snow, and up to 14 feet over the past week. Mammoth is reporting a base depth of 210 inches at its summit, although most lifts remain on wind and weather hold today.

“Today we are seeing high winds and heavy snowfall continue – resort operations will be impacted,” Mammoth cautioned on its conditions report this morning.

Here’s a gallery of photos taken around the region today: