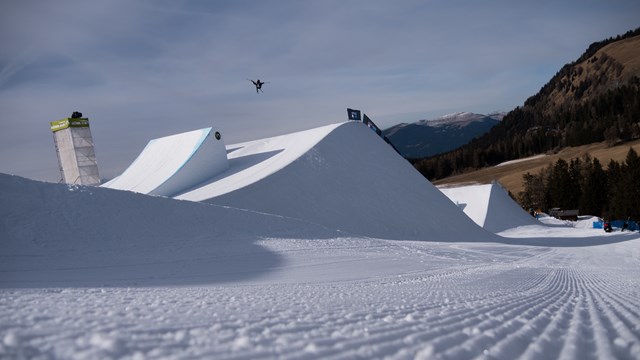 Stevenson was the clear winner of the day, posting up superior performances on both the rails and the jumps.

The 19-year-old member of the U.S. Freeskiing rookie team was joined on the podium by Colin Wili of Switzerland in second and Australian skier Russ Henshaw in third.

It was a big finish for Claire, who was making her first World Cup appearance after finding great success on the Toyota U.S. Revolution Tour the past two seasons. Sarah Hoefflin of Switzerland took the win for the ladies, while French skier Colline Ballet-Baz took second.

“I can’t believe it,” Hoefflin said following the awards ceremony. “I would never think in a million years to do so well and it just makes me feel so pumped. The course here in Seiser Alm is amazing and all the girls were riding so well today. It feels awesome.”

Next up on the World Cup tour for the freeski athletes is the Mammoth Mountain stop of the Toyota U.S. Grand Prix Feb. 1-4.