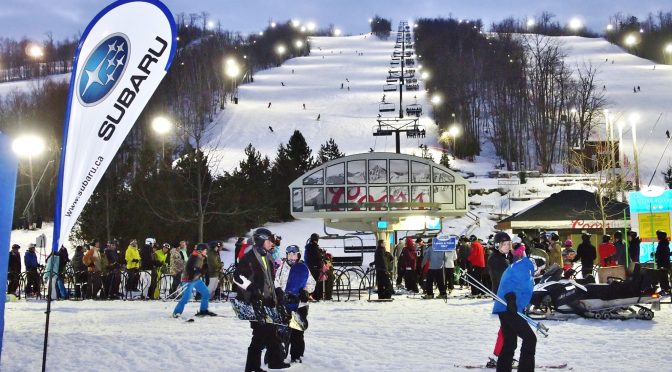 The Blue Mountains (ON), Canada – A 48-year-old man died after sustaining serious injuries in a skiing accident at Ontario’s Blue Mountain Resort on Saturday night.

Following the incident the victim was transported to an area hospital, where he was pronounced dead. Few details are yet available, but the Ontario Provincial Police are investigating the death. Social media comments indicate that the incident occurred on Blue Mountain’s Orchard run, which is a gladed run with trees deliberately left on the trail. It is rated with a double-black diamond, indicating most difficult.

“We are saddened to report that an on-hill incident this weekend later resulted in the passing of a skier,” resort officials indicated in a brief statement published on Monday morning. “Our deepest condolences are with the family at this time.”