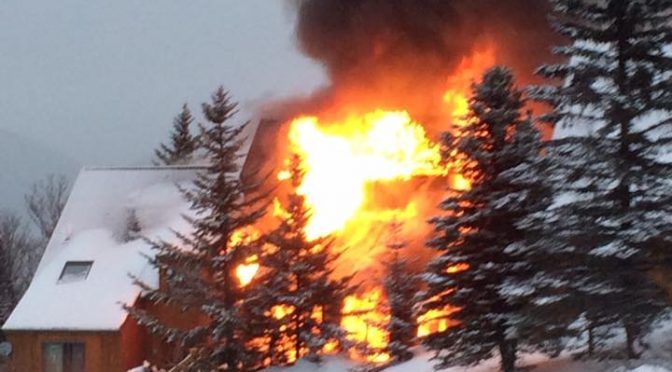 In total, 16 fire departments responded to the blaze at the Rock Pond Condominiums, which was first reported just after 4 p.m. on Tuesday. Upon arrival, firefighters found the hydrant system frozen.

Two buildings were destroyed, and two others were damaged. In all, the loss is estimated at $800,000, according to Rangeley Fire/Rescue Chief Tim Pellerin.

The Rock Pond condos are located trailside with ski-in, ski-out access at the western end of Saddleback’s main parking lot.

Tuesday’s fire comes at a time when a non-profit group of local residents and businesses is attempting to revive Saddleback by purchasing the ski area, which has been closed since 2015.