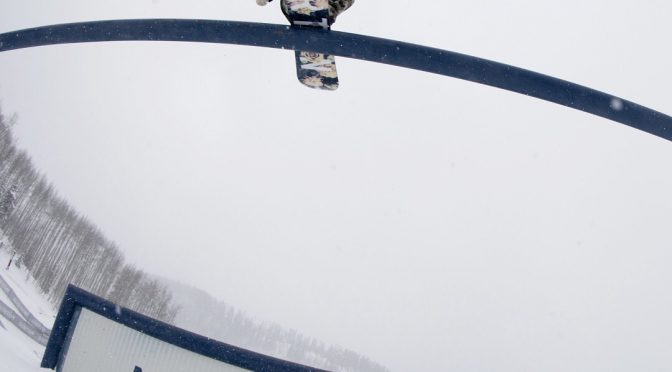 Vail, CO – Anna Gasser of Austria took her first Burton US Open slopestyle title in Vail on Friday, while Canada’s Mark McMorris took the victory for the men.

On the women’s side, South Lake Tahoe’s Jamie Anderson scored her 11th Burton US Open podium with a second-place finish on the challenging Vail slopestyle course just behind Gasser. Both were joined on the podium by Spencer O’Brien of Canada in third.

Anderson, who has never missed the US Open podium in 11 attempts, was very happy to make the podium, considering she was riding with an injury. “I’m riding with a broken elbow right now, so I’ve been super mindful this week,” she said after her second run. “I wasn’t sure I was even going to compete, so I’m super happy to put a run down.”

Julia Marino, of Westport, Conn., qualified through to the final in fifth but was forced to drop from Friday’s competition after a hard crash in warm ups. She finished sixth overall.

For the men, McMorris took the win over Canadian teammate Mikey Ciccarelli and Sweden’s Sven Thorgren in third.

“The feeling’s indescribable. A year ago today I was laying on the couch with a fresh titanium rod put in my femur.” said McMorris. “To come back, and land a run I’ve never done and also take the win for my third time in Vail is the best feeling in the world. Maybe the most emotional win yet.”

“It’s crazy, I can’t believe it. To put that [cab triple cork 1620 melon] down in my run, it all came together.” remarked Ciccarelli, who couldn’t contain his excitement for finishing second to McMorris. “I didn’t even really feel too much pressure, I just wanted to put a run down and… I’m just so stoked.”

Chris Corning, of Silverthorne, Colo., was the top American finisher for the men, with one of the best runs of his career, landing him in fifth, but he rode much better than the scoreboard conveyed. His first run received the highest score, despite the fact that Corning upped the difficulty in his second, stomping a frontside 1620 off the final jump.

“I’m stoked because I landed my best run,” he said after the competition. “It’s a judged sport. My trick score was really high so they liked my tricks; I just needed to figure out how to get my flow score higher. It’s a game out there.”