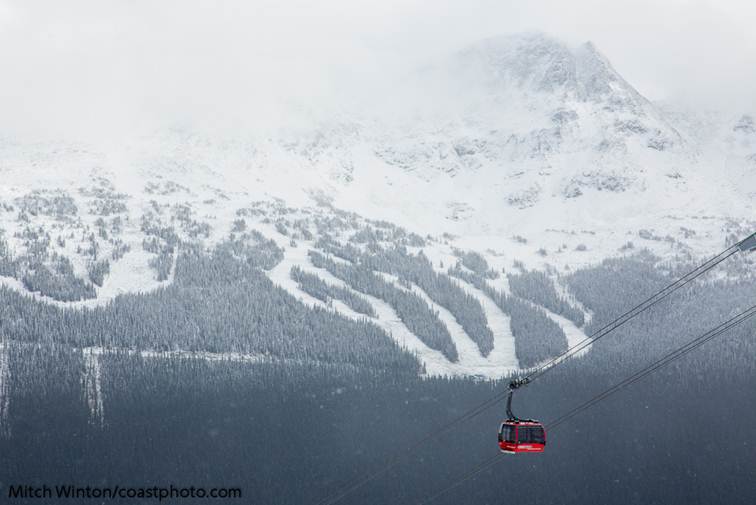 As a result, Vail Resorts updated its fiscal 2017 guidance range and is now expecting Resort Reported EBITDA to be between $577 million and $597 million, including estimated operating results from Whistler Blackcomb as well as an estimated $9 million of related transaction, transition and integration costs.

“We are very pleased with our results for the quarter. We had strong results during the holidays and the month of January despite a slower start to the season at our U.S. resorts resulting from below average early season conditions,” commented Rob Katz, Chief Executive Officer of Vail Resorts. “Including results from Whistler Blackcomb in the second quarter of fiscal 2017, total lift revenue increased 24.5%, driven by a 15.7% growth in visitation and a 7.7% increase in effective ticket price in the second quarter compared to the prior year. We continue to see robust destination guest spending trends which, along with the addition of Whistler Blackcomb, drove a 25.9% increase in ski school revenue and a 21.5% increase in food and beverage revenue compared to the prior year.”

Katz explained that results from Whistler Blackcomb in the second quarter were better than expected, offsetting a slow start at the company’s resorts in the U.S. The Canadian dollar has remained at an exchange rate very favorable to American visitors. Total lift revenue increased $70.6 million, or 24.5%, compared to the same period in the prior year, to $358.2 million for the three months ended January 31. If you back out Whistler Blackcomb, total lift revenue at Vail-owned resorts increased 7.3% year-on-year, and Katz said that Park City is showing the strongest growth among the firm’s U.S. resorts.

“Park City continues to deliver the strongest growth among our U.S. resorts, with increasing visitation and yields in our second season following the transformational investments to combine Park City and Canyons,” Katz explained. “Our Colorado resorts delivered results that were in line with their record prior year performance despite the slower start to the season, benefiting from robust guest spending and growth in season pass sales. The Tahoe resorts benefited from significant snow storms that, while creating outstanding conditions for the rest of the season, led to road and resort closures during the month of January, primarily during off-peak periods.”

Dining revenue increased $9.6 million, or 21.5%, for the three months ended January 31, compared to the three months ended January 31, 2016, due to incremental revenue from Whistler Blackcomb. Excluding Whistler Blackcomb, dining revenue decreased 2.5% as a result of delays in the opening of certain on-mountain dining venues at the company’s U.S. resorts which were impacted by poor early ski season conditions.

Katz added that visitation from foreign travelers, especially Mexicans, was down. ” While U.S. destination visitation was robust, international visitation to our U.S. resorts was down in the second quarter compared to the prior year impacted by the strong U.S. dollar and a notable decline in Mexican visitation,” Katz added. “Whistler Blackcomb continues to see strong international visitation. Our results in the second quarter demonstrate the benefit of our growing geographic diversification and the success of our season pass and destination guest focused marketing strategies.”

Results from the company’s Lodging segments showed a 4.0% increase year-over-year, primarily driven by the addition of Whistler Blackcomb to the Vail Resorts portfolio. Although occupancy decreased 2.3 percentage points, the average daily rate increased 11.8% at the company’s owned hotels and managed condominiums compared to the same period in the prior year.

In its Real Estate segment, the company closed on one condo at The Ritz-Carlton Residences, Vail, and the final two available units at One Ski Hill Place in Breckenridge, which translates to an increase of $1.5 million, or 41.6%, as compared to the same period in the prior year. Two more Ritz-Carlton Residences in Vail have been sold since January 31, and only one still remains available.

In response to the results, the company’s Board of Directors approved a 30% increase in its quarterly dividend to $1.053 per share of common stock. “Our balance sheet remains very strong,” Katz asserted. “We ended the fiscal quarter with $140.9 million of cash on hand and our net debt, including the capitalized Canyons obligation, was 2.2 times trailing twelve months Total Reported EBITDA, though it is important to note that while this ratio includes our outstanding debt as of January 31, 2017, it only includes Whistler Blackcomb’s EBITDA results from the date of acquisition.”

Vail Resorts expects to invest roughly $103 million in capital investments for 2017, including planned upgrades at Whistler Blackcomb, developing Epic Discovery summer activities at its U.S. resorts (primarily at Breckenridge, and less so at Vail and Heavenly), and one-time integration capital expenditures at Whistler Blackcomb. $65 million of that plan is for maintenance expenditures.

Also, Whistler Blackcomb’s Master Development Agreements with the Province of British Columbia have been renewed for a 60-year term and the associated Master Plans have also been approved by the Province.