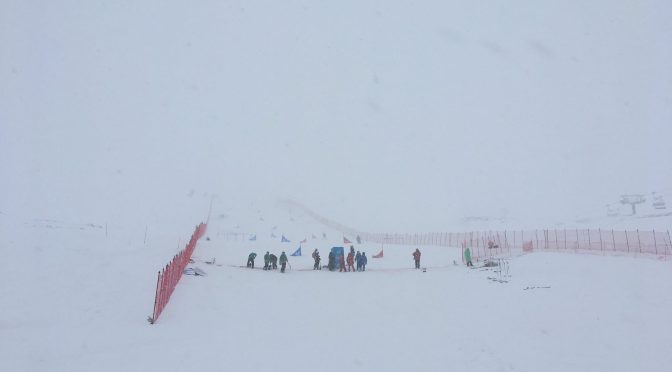 Sierra Nevada, Spain – Due to stormy weather in Sierra Nevada with wind speeds around 60 m.p.h., the 2017 Freestyle Ski and Snowboard World Championships parallel giant slalom event originally scheduled for today has been re-scheduled to Thursday.

Qualifiers will then kick off at 9 a.m. CET, followed by the finals at 1 p.m. CET.

With the weather not expected to subside until Wednesday afternoon, tomorrow’s scheduled parallel slalom has also been delayed. Racers will enter the starting gate for qualifiers at 1 p.m. CET on Wednesday, with the finals slated to start at 4 p.m. CET.