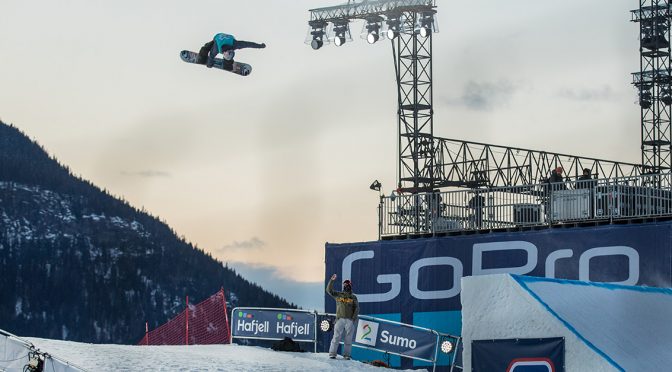 A former gymnast, Gasser’s run included a solid 50-50 Backside 180 out, her signature cab double underflip and a backside 720 mute. Her run also included a wildcat – which she learned earlier in the day before finals.

Marino is also podium perfect at X Games, having earned three medals in three starts—all of them coming in 2017. The 19 year old earned bronze in big air at Aspen in January and topped the field in slopestyle at Aspen with a gold-medal performance.

In a surprising Snowboard Slopestyle final on the men’s side, Thorgren earned his first X Games gold medal. Early in the competition, Stale Sandbech set the bar with a first run score of 88.66 after much of the field failed to land their runs. The top-ranked qualifier, Thorgren dropped in for his second run, bettering Sandbech’s run through the rail section. Thorgren really set himself apart with a double backside rodeo 900 melon to take the gold away from hometown favorite Sandbech on the final run of the competition.

“It’s such a dream come true. I’m struggling to realize this right now,” said Thorgren. “I was like don’t think about the result, just think about your run and that’s kind of what I did and it worked out – I’m so happy!”

Canada’s Sebastien Toutant rounded out the men’s podium with third. With the pressure on, Toutant delivered a strong run when it mattered most, completing a very technical rail section before launching a cab 1260 nose grab, backside 1440 mute, and a frontside double cork 1080.