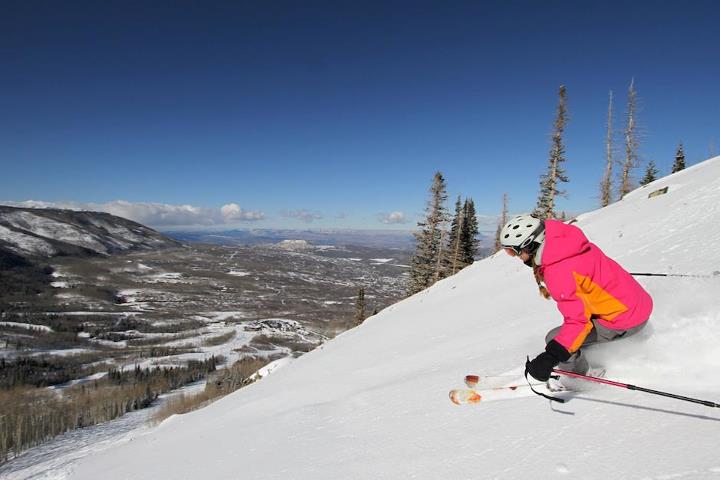 Grand Mesa, CO – Powderhorn Mountain Resort yesterday announced that it will be investing $5 million over the next few months to upgrade both winter and summer operations.

At the top of the list is the replacement of the fixed grip Take Four quad with a new detachable, high-speed quad from Leitner-Poma. The new lift will cut the ride time from 13 minutes to just six, giving Powderhorn skiers and riders an opportunity to double their daily vert.

In order to accommodate the new lift, and ease loading, the bottom terminal will be lowered by approximately eight feet. The lift will follow the current alignment and installation will be complete by opening day for 2015-16.

Powderhorn was purchased four years ago at auction by Andy Daly and Gart Capital Partners. The new ownership team immediately began making improvements, which have so far totaled more than $1.7 million.

The new lift will take Powderhorn to a new level and is something local skiers and riders have wanted for many years. With 1,600 permitted acres and 600 acres of groomed terrain, Powderhorn plays an integral role on the Western Slope and is the home mountain for many families, some of whom have skied these slopes for generations.

Famous for glades and tree skiing, with a vertical drop of 1,650 feet, the resort often has some of the best snow in Colorado and has been seen as a bit of a season long secret stash. This low profile may be changing with the new lift, both in winter and summer.

Summer enhancements announced yesterday include bike haul racks on the new lift and the construction of the first phase of a comprehensive mountain bike system to complement the world famous trails in the Grand Valley.

Tom Gart, one of the owners and an avid cyclist, is looking forward to the new trails.

“The arrival of the first few bike trails next summer to start the new mountain bike network will provide a cool cycling destination—especially during the hottest months of summer,” he said.

The resort’s improvements are also important economically. The North American factory and operations of Leitner-Poma are based in nearby Grand Junction and local Home Loan State Bank, in conjunction with a U.S. Department of Agriculture loan guarantee program for rural areas, is providing financing.

“This expansion is locally driven and locally supported to enhance regional tourism and that feels really good,” explains Daly. “Leitner-Poma and Home Loan State Bank have recognized the value of supporting local recreation and because of that, we are moving forward to take Powderhorn to a new level for both summer and winter. That is a great move for all of us.”

This Season at Powderhorn

While the new lift won’t be ready until next year, there is still plenty going on at Powderhorn through the end of ski season.

Each week through the end of March the resort hosts Ski and Ride Like a Girl clinics for women on Tuesday, Telemark Wednesday and Young At Heart, a senior skiing day on Thursday. Upcoming weekend events include a second annual weekend of night skiing on February 27 – 28, along with a USASA Slopestyle competition and Rail Jam Under the Lights. A USASA Skier/Boardercross and banked slalom competition take place the first weekend in March, with the Rocky Mountain Division USSA U12 Championships on March 14 – 15.

Closing weekend is scheduled for March 28 – 29, with all the festivities the end of ski season requires.