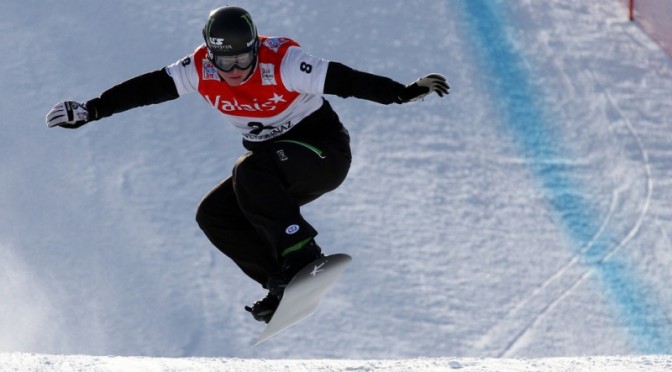 Olympic Valley, CA – The fast-paced excitement of ski cross and snowboard cross will come to Squaw Valley March 4-8, 2015, with the Lake Tahoe area resort hosting an Audi FIS Skicross World Cup and FIS Snowboard World Cup. This will be the first time the International Ski Federation has brought a World Cup event to Squaw Valley since the FIS Alpine World Cup in 1969.

“Squaw Valley has been a remarkable venue for our U.S. Championships and other major events with quality courses and enthusiastic spectator interest. It’s been a goal for us to bring international events to Squaw to showcase the best athletes in the world – especially skicross and snowboardcross where we have a strong local athlete legacy,” says U.S. Ski and Snowboard Association Vice President of Events, Calum Clark.

The event will feature the top global stars in the sport, including local Olympian and seven-time X Games champion Nate Holland. Cross racing pits athletes against each other to race head-to-head down a course of jumps, bumps and berms. Snowboard cross made its Olympic debut in 2006, with ski cross in 2010, and both events were among the top spectator events in the 2014 Winter Olympics in Sochi.

RELATED STORY:  How Many Calories Do I Eat To Lose Weight

Officials from the International Ski Federation (FIS) did a final inspection at Squaw Valley earlier this fall, giving the event the go-ahead.

“We are proud and honored to welcome a FIS World Cup back to Squaw Valley. Our long-standing commitment and ability to host world class competitive events, coupled with Squaw Valley’s ideal terrain for cross style racing, will make for an outstanding World Cup event for athletes and spectators,” said Andy Wirth, President and CEO of Squaw Valley/Alpine Meadows, who added, “Bringing World Cup level racing to the resort has been a goal of ours and we are proud to welcome the International Ski Federation back to the Tahoe region.”

There’s a lot at stake at the Squaw Valley World Cup stop. With the 2015 season in the homestretch, few events will remain after Squaw Valley, so points earned there will be vital for those seeking the crystal globe. The event will be broadcast on NBC and NBCSN, featuring same weekend coverage.

QUOTES
Uwe Beier, FIS Snowboard World Cup Tour Director
Squaw Valley is a first time World Cup host and the home arena of one of the most famous and successful SBX snowboarders, Nate Holland. It will mark the comeback of the successful combined skicross and snowboardcross events to America for the first time in two years.
RELATED STORY:  King Cobra Gummies Male Enhancement Formula Reviews