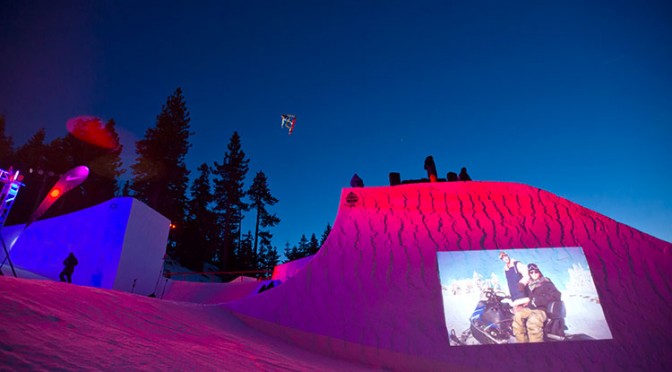 On Saturday, April 4, 2015, Olympic Gold Medalist Sage Kotsenburg will place his bets against fellow Olympians Billy Morgan and Chas Guldemond, as well as High Roller Hold ‘Em veterans Gjermund Braaten and Eric Willett. Developed in partnership with Snow Park Technologies, High Roller Hold ‘Em combines the thrill of snowboard Big Air with the strategy of high-stakes poker into an event that sends the winner home with $50,000.

“High Roller Hold ‘Em is one of the most unique Big Air competitions in snowboarding, and for these top-tier Olympic athletes to join the lineup this April really speaks to how cool and distinct this format is,” said Pete Sonntag, vice president and COO of Heavenly. “There is no scripted routine, and they have no idea what combo of tricks they will be dealt. It really is anyone’s jackpot to win.”

During the event, High Roller Hold ‘Em competitors will be dealt three cards per hand with each card featuring different tricks based on the face value of the card. From there, each rider will discard two cards, and bet accordingly on the final card in their hand. Once all bets are in, the riders who haven’t folded will head to the top of the Big Air course, where the rider who lands the trick with the highest level of difficulty will win the round and qualify for the $50,000 super final.

“High Roller Hold ‘Em is an amazing Tahoe event. Snowboarding in the evening sunset with Lake Tahoe in the background is a highlight for all of the riders, and the progressive and unique format makes it a fun and exciting event for the fans,” said Guldemond. “For a local boy, that’s the perfect combination!”

Kotsenburg, who is no stranger to High Roller Hold ‘Em after taking fourth in the 2013 event, made history by winning the first gold medal of the 2014 Sochi Winter Games in the inaugural Olympic snowboard slopestyle competition. Coming off a huge 2014 season, the 21-year-old also placed first at the 2014 Grand Prix in Slopestyle, and has two X Games Slopestyle Silver medals and one X Games Bronze medal in Big Air.

Morgan, 25, was the first person to ever successfully land a triple rodeo in competition. In 2014, he took first at the Spring Battle in Big Air, placed 10th in Slopestyle at the Sochi Winter Olympics, and was ninth in Slopestyle at X Games Aspen 2014.

Willett, 26, is a decorated competitor with four X Games medals, four Dew Tour medals and one Burton US Open Gold Medal in Slopestyle. He placed third at the inaugural High Roller Hold ‘Em in 2013.

High Roller Hold ‘Em will take place on the World Cup run near Heavenly’s California Main Lodge and is free of charge to attend and open to the public. The event will feature a special guest DJ and the Heavenly Angels. For those who cannot attend in person, the event will be aired as a one hour show on ABC’s “World of X Games” during the following week.