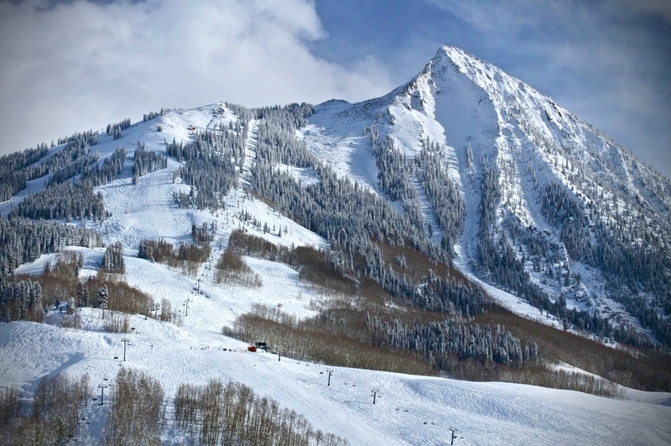 For the mountain resort tucked into the head of a beautiful dead-end valley in southwestern Colorado, the future means an expansion of 500 acres for skiing, riding and biking. A proposal calls for two new chairlifts, a replacement of the North Face surface lift, more snowmaking on current ski terrain, and 15 miles of singletrack trail to add to the resort’s Evolution Bike Park.

In July, CBMR received a letter from the U.S. Forest Service’s Grand Mesa, Uncompahgre and Gunnison (GMUG) National Forest District Office initiating an environmental review of the project, stating that they are “officially accepting project proposal components [in accordance with] the 2013 Master Development Plan”. The components to which the letter refers include:

This letter formally announced the Forest Service’s intent to begin the environmental scoping process for the project that will take place over the course of the next couple of years. CBMR, Forest Service and an expert third party contractor, SE Group will work together in the preparation of an Environmental Impact Statement (EIS), required by the National Environmental Protection Act (NEPA) for the proposed improvements to be made on public lands.

“Crested Butte Mountain Resort and the entire valley are in the midst of some exciting times, where many new visitors are discovering what is so unbelievably special about the area,” explains Ethan Mueller, president of CBMR. “We feel these proposals will only strengthen those feelings, and we are looking forward to working with the USFS and our local communities on finalizing plans in a way that we can all move forward in a positive direction based on the strong relationships we have built over the years.  We are excited by the Forest Service’s recent acceptance of our proposal. While it will likely take a couple of years to gain approval for this plan and phase it into reality, we feel this will be a project to watch and enjoy for many years to come.”

The NEPA process will take place over the next two years. This environmental review will start as the three entities identify any issues that may arise from the project. From there, environmental specialists will perform their reviews of the area, currently known as Teo Park and Teo Drainage. Once any and all impacts have been identified and addressed, the public comment period will begin and the EIS will be drafted.

Throughout the NEPA process, the resort will continue to reach out and educate the local community and public officials on the project, as well as host open houses. The intention is to establish transparency so all stakeholders are kept informed.

“Over the course of the last three years, we have engaged community members and groups to educate the public on this proposal and feel that we have major support to move forward,” says John Sale, director of permitting and planning for CBMR. “The Teo Drainage proposal has been designed to develop new terrain that is adjacent to our existing infrastructure; improving and enhancing access for intermediate and advanced skiers into distinctive terrain that is unlike anything we currently offer.  Experts have long had the ability to drop into Teocalli Bowl and feel the sensation of an almost “backcountry” experience, now intermediate skiers and riders will be able to experience this remote area through a network of narrower trails and low angle glades in the Teo Drainage valley, all chairlift accessible.”

CBMR officials had earlier attempted to expand the resort’s skiing operations onto nearby Snodgrass Mountain, a plan that was nixed by the Forest Service in 2009.